England is a beautiful country and for those who wonder where to start, the Cotswolds are a wonderful destination. With its picturesque landscapes, National Trust sites, traditional Jurassic-limestone listed architecture, idyllic sceneries and stunning villages, the Cotswolds are a must-see.

The best place to stay is Lords of the Manor, a luxurious privately-owned hotel and award-winning restaurant located in Upper Slaughter, Cheltenham, Gloucestershire where rural and tradition meet with high luxury and style. Close to Oxford (Ashmolean and Modern Art Oxford are great museums), cute villages such as Stow-on-the-Wold, Bibury and Bourton-on-the-Water, as well as legendary sightseeing such as Broadway Tower, Sudeley Castle and Queens Garden (so named because four of England’s queens – Anne Boleyn, Katherine Parr, Lady Jane Grey and Elizabeth I – once walked upon the original Tudor Parterre), Lords of the Manor is the perfect place to explore the area.

The stunning property is set in eight acres of lawns and magnificent gardens which date back to 1649. Lords of the Manor offers luxury retreats, peaceful experiences and excellent gourmet dining like no one else in the area, all with character and style. The views over the pond, the lovely tables outside and the two very pleasant terraces, the surrounding village, and the beautiful gardens make the stay unforgettable. Lords of the Manor is the ideal base to explore the rural beauty of the Cotswolds.

History is poignant in the Cotswolds and you feel it everywhere: from the numerous chapels, the Gothic cemeteries and the decorative glass-windows of some houses. The Slaughter family (originally Sclostre meaning “a slough or muddy place”), purchased Lords of the Manor from Henry VIII, whose main residence in the area was Sudeley Castle. It was later occupied by Ferdinando Tracy Travell, whose portrait hangs on the first-floor landing. A coat-of-arms is displayed in the Drawing Room fireplace. In 1972, the Manor was converted into a hotel, by British Army Major General Witts’ son, Francis Witts, who still lives in Upper Slaughter. Privately managed by him and his cousins until 1985, the hotel was then sold to the Gulliver family who sold it in February 1997 to the Munir family. The antiques, artefacts and paintings that make the wonderful décor are still sourced from the previous owner who keep a close relationship with the Munir family. Still privately owned, the hotel enjoys the same success as it has over previous years. Having recently undergone complete refurbishment, the hotel is amazing. “The owners are passionate collectors from all over the world and as such and we have a wide range of original artwork and art pieces all on display as part of the hotel décor for our guests to enjoy.” Michael Obray, who used to work used to work at Tate Britain and through the opening of Tate Modern on Bankside, now Lords of the Manor General Manager said.

The Manor house was the original building and the former 17th-century rectory and barns were later adjoined to make the space bigger. The entrance to the hotel is stunning with direct views over the redesigned by Chelsea Flower Show gold winner Julie Toll gardens and the lavender surrounding an antique fountain. Upon arrival, a valet will take the keys of your car and park it in an ideal location. Even in the middle of the summer, Lords of the Manor is easy to access and the path around the River Eye just before arriving is outstanding. Staff are professional, nice, discreet and attentive which makes the difference. “The soul of the hotel is the staff.  Without their unceasing dedication to exceeding our guests expectations we would still have a wonderfully historic old Rectory and Manor House but it would just be a pretty collection of bricks and tiles in a majestic setting without a warmth and charm that can only be added by a dedicated team.” Michael Obray continues.

Lords of the Manor features very elegant country-style, heritage interiors, as well as all the modern comfort guests may need: interesting art and history books in the rooms, huge TV screens and a great collection of DVDs available at the reception of the hotel for cosy nights, water bottles and Elderflower presses etc. All these elements create a lovely atmosphere. Each bedroom is stylish with original furniture, antiques, very comfortable beds and pillows, beautiful original windows, tasteful colours, comfortable chairs and desks, and elegant French toiletry products in the bathroom. The attention to details is very high. “A local designer has been commissioned to refresh and refurbish the hotel and to add a touch of ‘contemporariness’ to the traditional décor in public areas and our wonderful restaurant.  Very exciting with bedrooms following early next year.” Hunter wellies and maps are available for guests by the entrance. Upon arrival, the atmosphere is very welcoming. Cherry on the cake: the hotel is dog-friendly. “The best assets are the comfort, the design, the gastronomy, the strategic location. All of those, made even better by warm and attentive service making each guest’s stay a remarkably memorable one.” Preserving the planet is also on the agenda at Lords of the Manor: “We recycle everything we can, grow our own herbs and some vegetables where practical and adopt a strict policy of conservation when it comes to the section of the River Eye that flows through our grounds.  Guest can wander its banks spotting little trout in the crystal clear waters.  We have also developed a natural meadow within our grounds over the past three years where natural orchids now flourish alongside meadow flora and a multitude of indigenous insects and small wildlife.” Michael Obray said.

Head Chef at Lords of the Manor is Charles Smith and he’s doing a remarkable job mixing French cuisine with terroir dishes. The dining experience is very sophisticated, the wine list impressive and the service impeccable. The seven-course menu is highly recommended with pre-drinks and canapes on the opposite terrace first. Charles joined Lords of the Manor after gaining experience at Petrus by Marcus Wareing, Per Se (at the time rated the best restaurant in New York, rated 10th in the world), Kitchen Table, Fera at Claridge’s, and most recently the Michelin Starred Alyn Williams at The Westbury. Listed in the Sunday Times’ Top 100 restaurants in Britain, and named as one of the Top 20 Most Romantic Dining Rooms by The Times and consistently recognised by the Good Food Guide, this is the finest restaurant in the Cotswolds. Lords of the Manor’s restaurant has won 3 AA Rosettes for its gourmet food. Full English breakfast is available each morning with delicious and fresh pastries too.

“An established culinary destination and a much sought-after fine dining Cotswolds restaurant, at Lords of the Manor we combine excellent service and decadent dishes to deliver a truly special dining experience.  Under Head Chef Charles Smith and his dedicated brigade, it’s clear that the passion and creativity of the kitchen truly forms the heart and soul of the hotel. Charles’ career is described by The Good Food Guide as one ‘of the blessed’ due to his stints at Thomas Keller’s Per Se (New York) and Alyn Williams’ The Westbury. Indulge in exquisite dishes that utilise Chef’s passion for sourcing the best producers.  The cuisine combines French influence and Cotswold terroir, there’s no competition when it comes to our restaurant in the Cotswolds’.”

Business rooms are also available for corporate events, team building and presentations. Lords of the Manor is one of the most highly sought-after Cotswolds wedding venues with catering for weddings from 2 to 60 guests in the Hotel Restaurant or up to 90 extending across to our Conservatory and up to 150 guests in a marquee in the grounds. I’m sure there’s a waiting list! Did any celebrities stay at the hotel and has it served any fashion shoots?  “Yes and yes.  Lords of the Manor has wonderful gardens and as such is a magnificent backdrop to wedding and classically country photo shoots. We have hosted plenty of celebrities, but discretion is key to what we offer to such guests wanting to relax and get away from the public eye for a while and bury themselves in the tranquillity of the Cotswolds.”  Michael Obray added.

Lords of the Manor is the exceptional, peaceful and very romantic hotel and restaurant of the Cotswolds.

Michael Obray 5 top-things to do while in the Cotswolds? (uncommon things / hidden places). “National Trust, lavender hills, The Rollright Stones , “peaceful / blessed” villages, Cotswold distillery, Robert Dover’s Cotswold Olimpick Games, Air Tatoo in Fairford, Football in the river in Bourton on the Water. On a separate note, my wife and I recently visited Cornwall and as a former Tate employee in London I made a point of visiting Tate St Ives.  The WAR, AUSTERITY AND THE MODERN SPIRIT 1940–50 exhibition was remarkable as was the overall journey through the development of modern art over recent time as well as the adaptations and development of form and shape.  A truly engrossing exhibition. ” 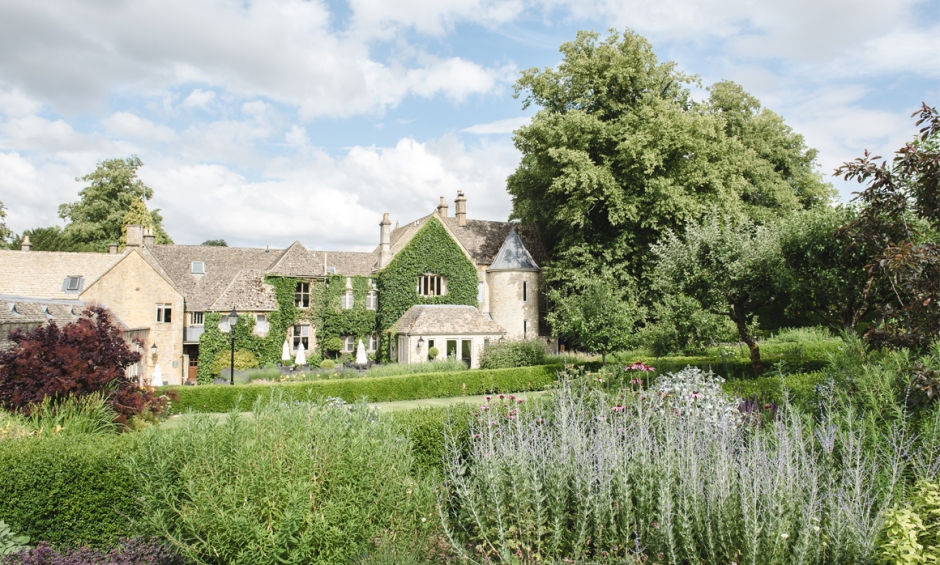 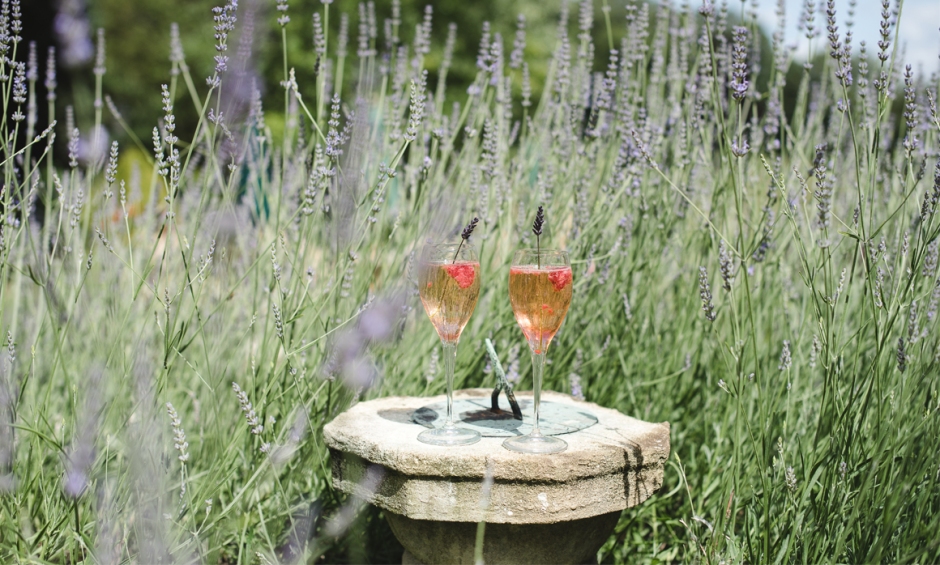 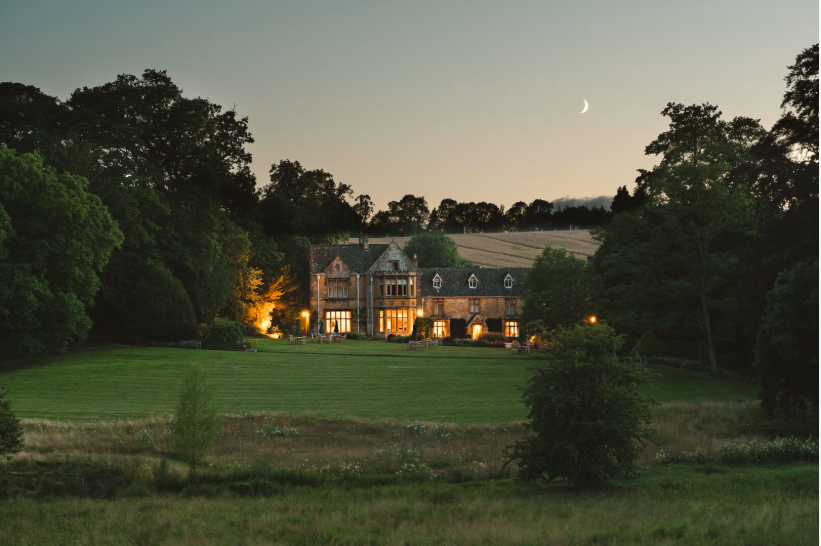