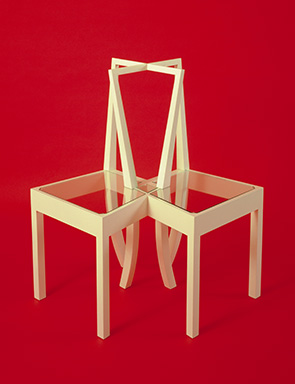 Langlands & Bell: Degrees of Truth was supposed to run at Sir John Soane’s Museum in London until 31st May 2020. The exhibition, the largest dedicated to a contemporary artist by the museum, was set to examine the relationship between architecture and technology, economy and culture. Langlands & Bell’s conceptual framework explores the complex network of relationships linking people, architecture and the coded systems of communication in today’s turbulent world.

Exhibition curator, Owen Hopkins, said: ‘Across their career Langlands & Bell have consistently sought to unpick the interrelationship of ideas, forms and histories through which architecture is conceived and experienced. In this they have much in common with Sir John Soane’s own conception of architecture, embodied in his house and collection with which their exhibition will create a powerful synthesis across time and space’.

Ranging from the found objects Langlands & Bell gathered from the rubble and detritus of Whitechapel in the early 1980s, to their recent explorations of the well-architected buildings of Silicon Valley’s tech companies, the exhibition was meant to discuss the disconnect that exists between the narratives that buildings, objects and images are intended to convey and those they do reveal. This exhibition is now suspended due to the coronavirus crisis and will hopefully reopen soon.