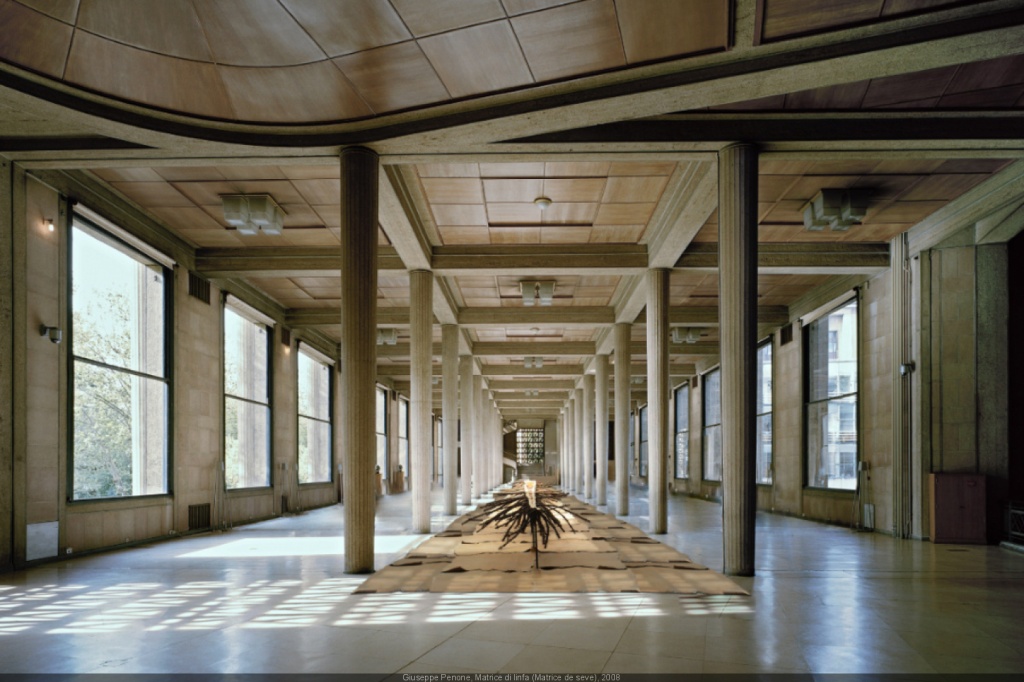 This presentation marks the Italian artist’s first exhibition in Paris since 2013 where he staged large-scale works in the Palace of Versailles, remaining true to his materials — wood, stone and marble — and to the relationship between humanity and nature.

“The veins of water that pour from the earth flow in trickles that merge, like the branches in the trunk, like the fingers in the palm of a hand, like the bronze in the matrix of a tree.”-  Giuseppe Penone said about his inspiration.

Displayed within the hypostyle hall of the Palais D’Iéna which houses the French Economic, Social and Environmental Council, Matrice Di Linfa is shown alongside two new sculptures made specifically for the exhibition. Penone is known for his large-scale sculptures of trees that are interested in the link between man and the natural world. His early work is often associated with the Arte povera movement. In 2014, Penone was awarded the prestigious Praemium Imperiale award. He currently lives and works in Turin, Italy.