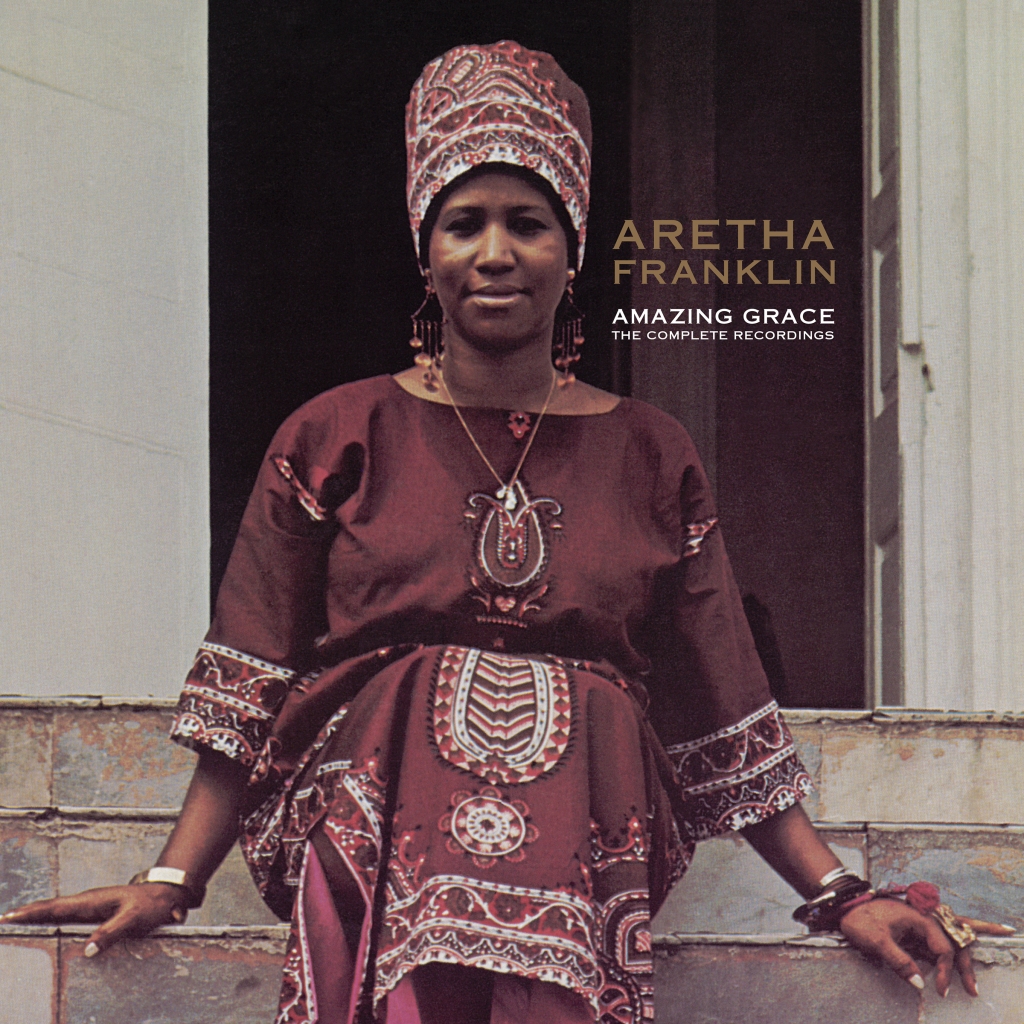 Released on June 1, 1972, Amazing Grace would go on to become one of the most successful albums of Aretha’s career. The cover itself is iconic.

It sold more than two million copies in the in U.S. alone. It also holds the record as the best-selling live gospel album of all time and earned Franklin a Grammy award, her first for Best Soul Gospel Performance.

For two days at Los Angeles’ New Temple Missionary Baptist Church, Franklin demonstrated what she had learnt earlier at the the Detroit church of her father, Reverend C.L. Franklin.

Today, Rhino celebrates Aretha with the release of AMAZING GRACE: THE COMPLETE RECORDINGS on vinyl for the first time ever. Made available on March 22, just three days before Franklin’s birthday, the set includes four, 180-gram LPs that contain both of Aretha’s transcendent performances, which were recorded in Los Angeles on January 13 and 14, 1972.

These concerts were recorded over two nights as the singer performed church standards like “Precious Memories,” and “How I Got Over,” the latter written by gospel legend Clara Ward, who was listening in the audience. Other notable guests in attendance included Mick Jagger and Charlie Watts of the Rolling Stones, who were in town recording Exile On Main Street.

Originally, Amazing Grace included 13 songs, plus remarks by Reverend C.L. Franklin. In 1999, the album was remastered and expanded to include all the recordings from both nights. Listening to these legendary performances gives audiences chills.

Initially, a documentary was planned to accompany the Amazing Grace album, but technical issues kept the film from being released for nearly 50 years. That changed last November when Amazing Grace, at long last, premiered at the 2018 DOC NYC, America’s largest documentary film festival.