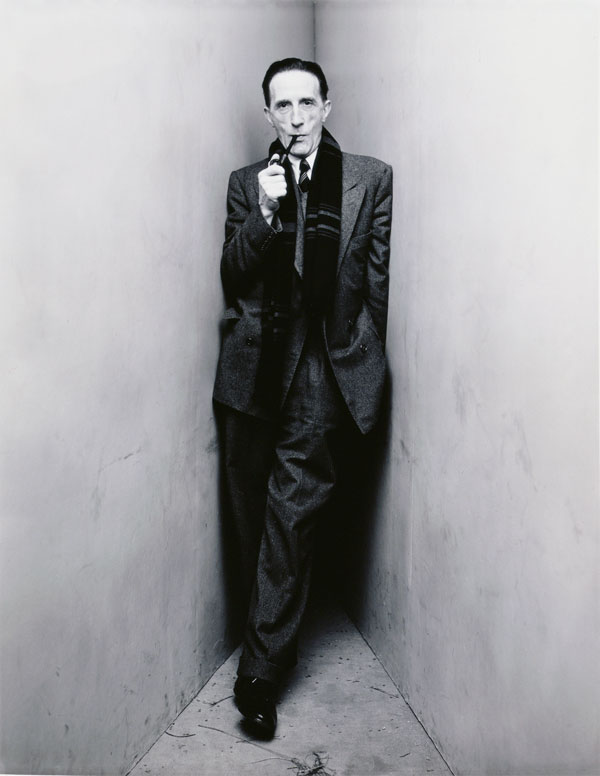 The Grand Palais, in Paris, currently hosts a major Irving Penn retrospective running until 29 January 2018. Penn is regarded as one of the greatest photographers of all time, and this exhibition proves it again. The show features over 240 photographic prints (mainly black and white), films, original studio material, juxtaposed with a selection of Penn’s drawings and paintings. It’s one of the most beautiful exhibitions on view at the moment in Paris.

Organised by The Metropolitan Museum of Art, New York, The Réunion des musées nationaux, Paris, and The Irving Penn Foundation, NY, the stunning show looks at 70 years of the American artist’s career. The full spectrum of topics cherished by the artist – travel, still-life, portrait, nude, street, celebrity, fashion etc. – is considered. Highlights include his legendary Small Trade series photographed at the beginning of the 1950s in Paris, London and NY.

Penn’s work was marked by simplicity, modernity, beauty and a remarkable professional rigour, from the portable studio he brought with him around the world – showcased through various films and an actual studio backdrop – to the darkrooms where he perfected his instantly-recognisable style. The show is chronologically curated, from the street-scenes honouring various professions (cooks, firemen, waiters etc.) to his legendary portraits of Francis Bacon, Balthus, Marcel Duchamp, Salvador Dalí, Audrey Hepburn and Yves Saint Laurent among many others.