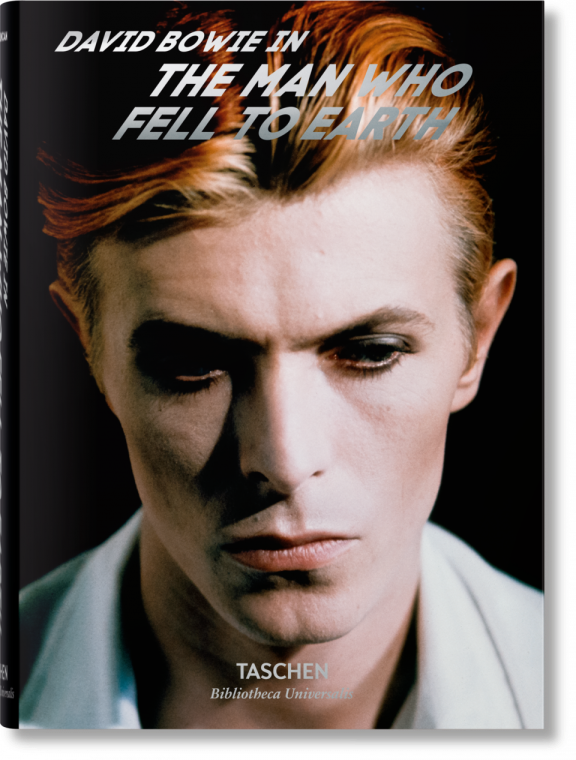 TASCHEN’s recent title on British sci-fi masterpiece The Man Who Fell To Earth, directed by Nicolas Roeg and featuring David Bowie, presents fantastic behind-the-scene visuals by on-set photographer David James, including David Bowie preparing, rehearsing and playing the iconic role of Thomas Jerome Newton; or was he just being himself? The images are accompanied by amazing quotes from fellow actors, directors, and David Bowie himself. And what a cover!

“The train had an organic surface and was fitted with solar sails. Bowie said: “When the train turned up, it was nothing like what Nic had envisaged. He went blue in the face, then he went red, then white and he said, ‘What is that?’ ‘It’s your train, sir.’ ‘That’s not a train, it’s a fucking dog kennel!’ But we lived with it.”

The bijou book also includes a new essay by American journalist and editor Paul Duncan which touches on the making of the cult film and its legacy today.