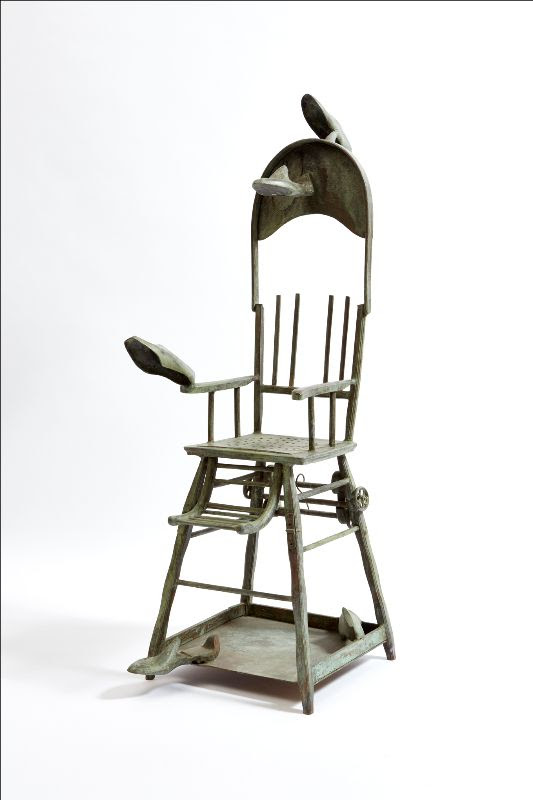 “I am an established painter but a young sculptor.” Miró notoriously said to his friend Alexander Calder at the age of 81. Miró created over three hundred bronzes between 1966 and his death in 1983. Acquavella Galleries explores this side of the artist’s career and stages Miró the Sculptor: Elements of Nature until 28 February.

The 23 bronzes on view in Miró the Sculptor: Elements of Nature date from 1966–1975, the decade spanning from the creation of the artist’s first monumental bronzes through the opening of the Fundació Joan Miró in Barcelona. The works focus on some the artist’s most significant subjects, including abstracted birds and metaphorical portraits of women incorporating found objects such as wooden boxes, rocks and stones, a high chair, and shoes.

Miró first explored three-dimensional objects in the late 1920s and early 1930s—when, inspired in part by Surrealism, he spontaneously combined everyday objects into a series of revolutionary constructions and peinture-objets.

In 1949, Miró found a new direction that would galvanize his sculptural practice and further root his sculptures in the natural world. One day, while walking near his summer home in Mont-roig, he came across a rock which he reimagined as a head and had cast in bronze, making his first objet trouvé. Miró began imaginatively and spontaneously combining his found objects with clay modeling to create assemblages, transforming the elements into poetic and suggestive sculptures that would be cast in bronze. A must-see in NY.