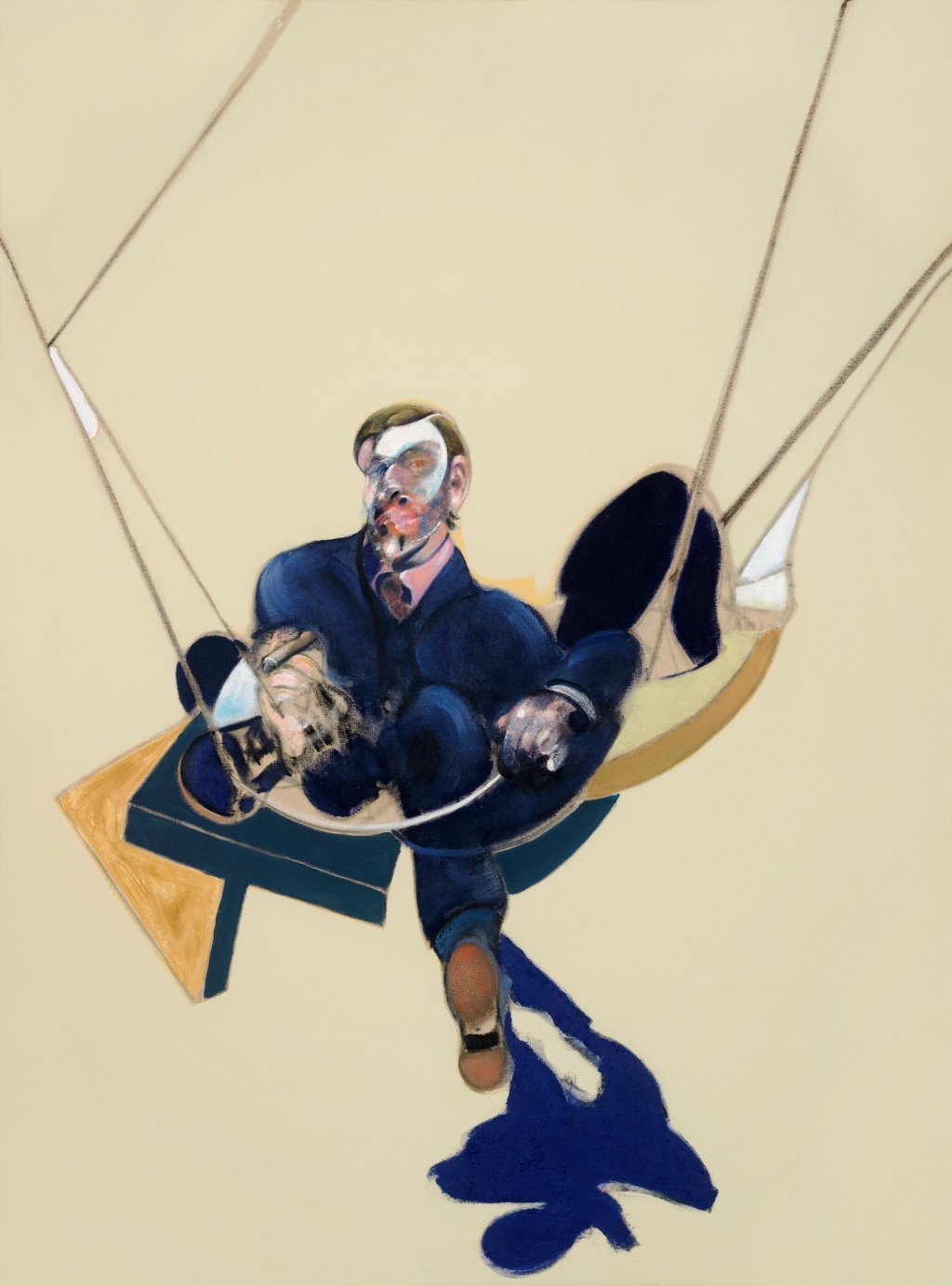 What is left to say about Francis Bacon?A lot apparently, according to Bacon: Books and Paintings presented at Centre Pompidou in Paris until 20th January 2020.

Bringing together around sixty paintings including twelve triptychs, the exhibition highlights the influence of literature on Bacon’s stunning paintings. “They are the things I like doing most. And I think this may be related to the thought I have sometimes had of making a film. I like the juxtaposition of the images captured on three different canvases.” Francis Bacon said about his development of triptych paintings.

Extending the scope of the pictorial surfaces and subject matters, the impressive presentation offers an immersion into some of Bacon’s favourite authors – Bataille, Leiris and Nietzsche’s texts among others – read in site-specific rooms by actors Mathieu Amalric, Jean-Marc Barr and more. Curated by Didier Ottinger, one room of large-scale gold-framed paintings alternates with one room of subtle audio texts here by creating a pleasant and logical narrative as a whole.

The last major French exhibition of  Bacon’s work was held in 1996 at the Centre Pompidou. More than twenty years later, Bacon : Books and Painting features paintings ranging from 1971, the year of his critically-acclaimed retrospective staged at the Grand Palais. Two days prior to this opening, Bacon’s partner George Dyer notoriously committed suicide in a Paris hotel, traumatizing the Irish-born British artist and marking his life and art forever.

“How are you going to trap reality? How are you going to trap appearance without making an illustration of it? That is one of the great fights, of the great excitements of being a figurative artist today.” Bacon said. In this spectacular exhibition, viewers are definitely excited to be confronted with a genius. The exhibition ends with a room showcasing interviews with the artist, here by instilling concrete meaning to Bacon’s grandiose art.