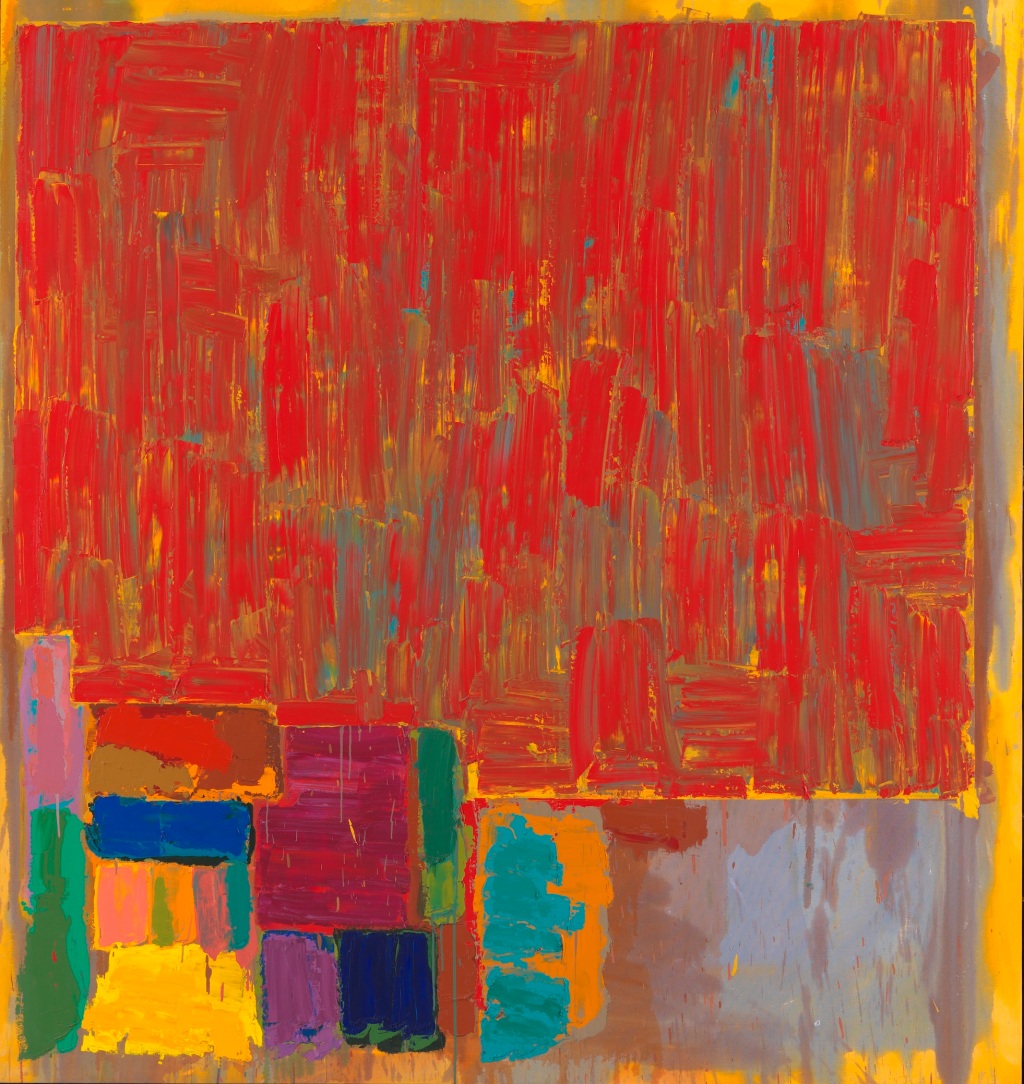 Curated by Andrew Wilson, Senior Curator of Modern and Contemporary Art at Tate Britain, the six major works included in the Spotlights series are drawn from the Tate’s collection, with the display charting the progression of Hoyland’s work from the late sixties until 2010, the year before his death.

The later works become more free-flowing, with a tendency towards thick impasto acrylic paint and varied forms, expanding upon the precision and simplicity of his earlier works.

Hoyland was strongly influenced by his experience of American Abstract Expressionism in the late 1950s and 1960s and knew many of the acclaimed American artists of the time (including Barnett Newman, Mark Rothko, Helen Frankenthaler – in particular Robert Motherwell became a life-long friend). He gained early critical acclaim and went on to win numerous awards, including the prestigious John Moores Painting Prize in 1982. A long-standing and active Royal Academician, he was appointed Professor of Painting at the Royal Academy Schools in 1999.

The six paintings show the arc of the artist’s work as it evolved from the huge colour-stained canvases of the 1960s through to the textured surfaces of the 1970s. These are followed by the more spatially complex and improvised paintings of the 1980s and then the semi-figurative work first inspired by the artist’s travels to Bali in the 1990s.

The works can be seen at Tate Britain from Monday 26th August 2019 until this Autumn.