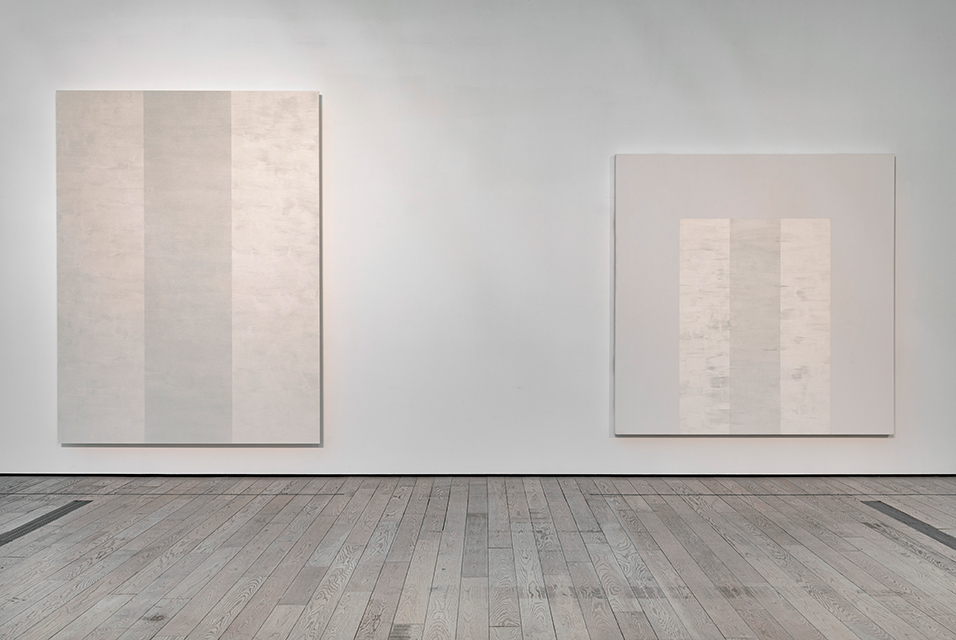 Mary Corse investigates materiality, abstraction, and perception through the subtly gestural and precisely geometric paintings that she has made over her fifty-year career.

Initially presented at the Whitney Museum of American Art in 2018, this survey exhibition highlight critical moments of experimentation as Corse engaged with tropes of modernist painting while charting her own course through studies in quantum physics and complex investigations into a range of “painting” materials.

Twenty paintings, two sculptures, and three prints, brings together for the first time Corse’s key bodies of work, including her early shaped canvases, freestanding sculptures, and light encasements that she engineered in the mid-1960s. Also featured are her breakthrough White Light Paintings, begun in 1968, and the Black Earth series that she initiated after moving in 1970 from downtown Los Angeles to Topanga Canyon, where she lives and works today.

The exhibition at LACMA is organized by Carol S. Eliel, the museum’s senior curator of Modern Art. “Though Mary Corse is associated with the first generation of California Light and Space artists, this is—surprisingly—the first museum exhibition devoted exclusively to her work,” says Eliel. “Corse’s abstractions are extremely creative and exquisitely beautiful, and we are honored to acknowledge her work here in Los Angeles.”

“LACMA has extensive holdings of art made in Southern California, and this exhibition plays to that strength,” says Michael Govan, LACMA CEO and Wallis Annenberg Director. “We are fortunate to have Corse’s work in the museum’s collection including Untitled (White Arch Inner Band Series), which was featured in the exhibition SoCal: Southern California Art of the 1960s and ‘70s from LACMA’s Collection in 2007.”