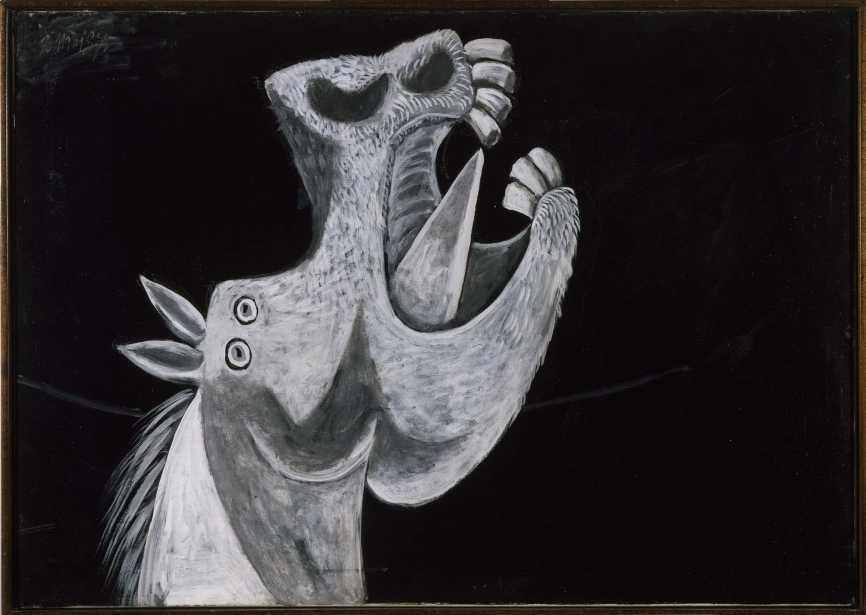 Following the 80th anniversary of the fragile painting Musée national Picasso-Paris in partnership with the Museo Nacional Centro de Arte Reina Sofía focuses on Picasso’s most political artwork Guernica, with an exhibition running in Paris until 29 July 2018.

One of the most celebrated paintings of the 20th century, Guernica emphasizes the horrors of the bombing of Gernika, the Basque village, on 26 April 1937 by Nazi Germany and Fascist Italian warplanes at the request of the Spanish Nationalists.

Even though the masterpiece can be seen in its permanent location in Madrid since 1992 and can’t travel under any circumstances,  the exhibition features all the preparatory sketches, collages, drawings and paintings that culminated in the masterpiece.

Thanks to the exceptional loan of Museo Nacional Centro de Arte Reina Sofía of numerous archives, the genesis of the artwork and Picasso’s reaction to war, are explored in this remarkable show: from the bullfights to Minotauromachies in the 1930’s until the beginning of the Spanish civil war and its impact on Picasso’s life and oeuvre. The exhibition highlights Picasso’s political role, yet another facet of the prolific artist.