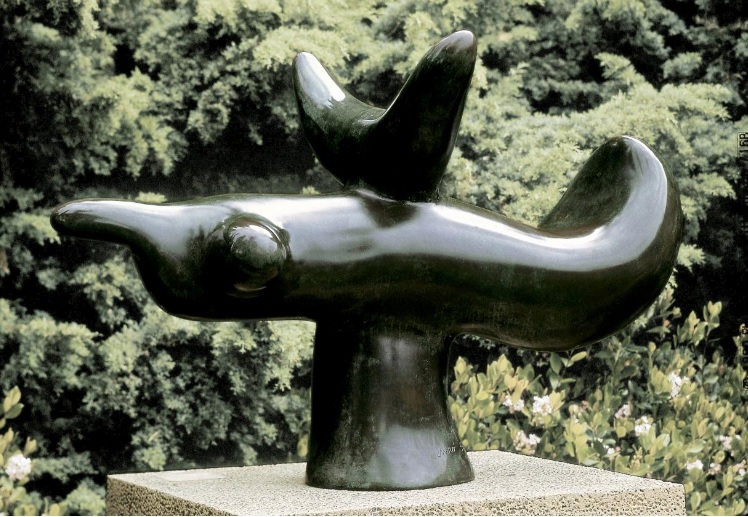 From 20 March to 2 September 2018, the new Centro Botín in Santander will present an exhibition focusing on Joan Miró’s sculptures made between 1928 and 1982. Talking about his creative process, Joan Miró said “I feel attracted to an object by a magnetic force, without the slightest premeditation, and then I feel myself being drawn towards another object which is added to the first, and in combination they create a poetic shock, preceded by that visual and physical revelation which makes poetry truly moving, and without which it would be completely ineffective.”

This survey exhibition marks a turning point in Miró’s sculptural work. For the first time, the artist’s creative process can be fully examined through materials he used for his work, original objects that served as inspiration, and the sketches that were turned into monumental installations.

As well as drawings, photographs of the artist, archival materials and videos showing the casting process, many works have specifically been restored for this impressive exhibition curated by María José Salazar, a member of Fundación Botín’s Visual Arts Advisory Committee and an expert in the work of Joan Miró, and Joan Punyet Miró, grandson of the artist and public representative of Successió Miró. The selection of works ranges from his first piece, created in 1928, to his last one in 1982.

Also included in the show is a selection of the private collection of small artefacts that Miró treasured – once kept on the shelves of his library, they somehow represent the basis of his sculptural vision, and have been generously lent by his family.

Highlights will include Danseuse Espagnole (1928) His painted sculptures from 1967, such as Femme et oiseau, Personnage or Jeune fille s’évadant; monumental sculptures, such as Femme Monument (1970), Personnage and Porte I, both from 1974, L’Oeil attire les diamants (1974), in which he restarted experimental works, or Souvenir de la Tour Eiffel (1977), a three-metre high sculpture, conceived with assembled objects.