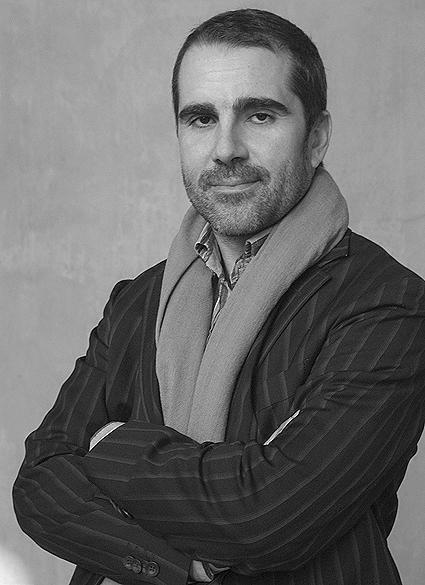 How long has the festival been going on for?

Do you invite the same performers every year?

I try not to, actually I try to put together a different list every year, at least one artist who has never been in the festival. This year it was Mercedes Ruiz, one of the most renowned Flamenco dancers of Jerez. It might not be the first time she’s performed at Sadlers Well’s festival since she has been in the gala with other artists before, but certainly this was the first time she performed her own work. If the work of an artist is so exceptional and if it’s the right time then we give them priority, but we rarely do it, for example choreographer and multi award-winning dancer Manuel Liñán performed three year ago. The work is so amazing that we decided to show it again this year.

How do you find the artists?

Sometimes I find them, sometimes they come to me. I try to go to all the flamenco events around the world, to all the festivals in Spain. I try to see as many performances as possible and I also go to see the rehearsals. I’m pretty much in contact with the scene.

Is the flamenco scene increasing or shrinking around the world and in Spain?

It’s increasing, worldwide, there are more and more performers which is a good thing.

What is your best memory this year?

I have a few. Of course the memory of the gala which has been so special. The premiere was on Friday night and everything started as an idea. To see that idea on stage now was like a fantastic discovery. It’s a production by Flamenco Festival and at the premiere you never know how it’s going to be. For me it was special on many different levels, artistically we tried to balance and juxtapose young artists who try to have their own “voice”, with established artists.  Some of the emerging performers aren’t sometimes so known on the international scene so I try to give them the opportunity to first present themselves as soloists. Later on, we can bring the work to more international audiences around the world. This year Patricia Guerrero is the youngest of the show.  It was also very special for me to have Juana Amaya – one of the biggest names in flamenco – who has not been dancing for many years. To bring her back to the stage, to see how powerful she is and also because her style doesn’t exist anymore, was great. She had retired, so to rediscover her was an amazing feeling. Her style is unique.

Did you have to convince her?

Actually I did not. We met on a train one day by pure coincidence. We chatted, I asked her where she had been (laugh) and it came naturally. I then spoke to Manuel Liñán and told him I was looking for a director and it worked out. I told him that I had reconnected with Juana, we had a good contact and that was it. We had a good time together.

Obviously, I was really happy to have Jesús Carmona and to see that the piece he had chosen worked so well with the other performers. He’s really at the level of a star now, he’s a heavyweight. I’m always happy to work with Olga Pericet too who brings a different touch to the show. We actually bring together two different worlds, the gypsies and the non-gispies. We have representatives like Rocío Márquez, one of the biggest names of the new generation. Tomorrow she’s performing on her own at the Lilian Baylis Studio. I was so happy that she has agreed to be part of it. She represents one side of flamenco, the gypsy side while Rocío, Olga and Jesús represent the non gypsy energy. It’s such a great thing to see the collaboration on stage and outside the stage, how the two worlds came together and created such a friendship and brotherhood. That energy and respect go beyond the show.

Is the Gala Flamenca 2017 going to tour?

Yes, we will present it in Miami and then in NY.

How long does it take you to work on the festival?

I’m already thinking about some of the shows I may present in 2018. I actually started working on 2018 a year ago. For the rest of the show, it depends. As I seeing other shows and festivals I make my decisions. After 14 years it can become harder to select different acts. I want to see all the festivals available before I commit. Next year is an important year though as we will celebrate the 15th anniversary of Flamenco Festival at Sadler’s Wells.

Do you think that the UK is a strong country for flamenco compared with other countries?

London right now and Sadler’s Wells more specifically, are one of the strongest platforms, the most important base for flamenco. The commitment to give two weeks every year to flamenco is extraordinary. It’s also crucial and very important to the artists because they consider Sadler’s Wells as their window for the world. France has a strong culture of flamenco, there’s a festival in Nîmes and Mont de Marsan, in Spain it’s probably Jerez. But the best international window is London.

Do you know any other places in London where we can see flamenco?

There are schools and other initiatives but to see flamenco as mature, experimental there’s only Sadler’s Wells. I’m based in Madrid, and my main mission is to bring Spanish artists to the world. The artists who are already based in London have their networks, their way around, so my mission is slightly different, it is to showcase the work of Spanish artists outside of Spain. The local work is fantastic because they keep flamenco alive and they may have more contact with Sadler’s Wells than me but that’s something I’d like to develop because it would be great to have a relationship, so that when the artists come, they could teach or show their art but you know, it’s not easy sometimes because the schedule doesn’t always allow it.

How did your career start? Did you start as a dancer?

Only at the disco (laugh). I went to study in NY and I studied a master in performing arts, and when I was there I realised there was almost not flamenco in NY so I thought it would be great to bring flamenco stars. I brought one company and it was a success so I thought maybe something lasting could be done. I developed the idea of creating a festival and NY, as well as London are difficult cities because you do a one-off and nobody notices, the press also. I always had that in mind, to help artists open themselves to the world, to offer them a window. A festival could allow me to do that. I started in 2001 in NY and it went so well that we expanded the following year. I then met with Alistair (Spalding) and we said let’s do it here. He said let’s try one here, and now it’s been 14 years!

What can we expect next year, can you tell us which performers you have in mind?

We are developing it and haven’t signed anyone yet. I like to wait and see the few festivals like Jerez, where the new works are presented. We’re working on a few ideas. I’ll take it from there.

Do think that in Spain flamenco is still as dynamic as before?

I think it’s the opposite, I think there’s an explosion of creativity in flamenco today. What used to be for aficionados is now for everybody. Flamenco belongs to the world of dance and you don’t need to be an aficionado, if you like dance you can go and see flamenco. It’s similar with the music, it’s now fully considered as an art. It’s opening to the mainstream.

Is that a good thing?

Yes what I like is that new artists can find a vocabulary to express themselves. I’m happy for young artists to  express what they have to say through flamenco and not any other art forms which is less traditional. Deconstructing flamenco interests me. I’m not a purist in that sense, even that dialogue is not important to me, what is important is that the artists are honest and true to themselves; that’s the key.

Are you looking at what other forms of dance and art, even non-flamenco?

I try to go see as much modern and classical dance but professionally flamenco is my thing. That’s what I like, what is true to me, what I feel, that’s my expertise. There’s currently an amazing exhibition on flamenco at the Biblioteca Nacional de España in Madrid. In the past we have collaborated with artists such as the multi-instrumentalist Frank Moon who worked with Belén Maya. also hip hop but I like to keep the “ingredient of flamenco”. I’d like to do it more and more in the future.

New trends in flamenco, anyone taking it very far?

It’s been happening for a long time in flamenco, it’s an on-going process. Twenty five years ago, Enrique Morante integrated a rock band into flamenco for example which remains a reference today. What Israel Galván did, was deconstructing flamenco. You know, the new trend is that feeling that there’s no limit, that’s something that’s been there for a while but I feel that art isn’t art if it ins’t really free. Artists today don’t have to respond to certain stereotype, they can express who they are, they’re not so concerned about the definition of flamenco. For example how male performers should move their hands etc. Tomorrow Manuel Liñán is performing and he has started his own thing which is dancing with a flamenco dress. Now he’s the most demanded teacher to dance with a traditional flamenco dress. Why not? A lot of stereotypes have been broken, men are supposed to do this, women are not supposed to do this etc. well you can express everything you feel and that’s great!

Who do you admire, your heroes in Spanish culture?

Yes of course, I cannot tell you, I would be responding to a stereotype but I can tell you that I admire those who are everyday trying not to respond to the market but to their true selves, “the inner engine” let’s say. It’s not always easy. I admire so many different artists in different sectors…

Have you been tempted to choreograph?

No, the closest I get is when I make decisions on the programming i.e the combination of artists and creating that energy. Choosing the artists is my only implication in the festival, deciding on the director for the gala flamenca for example is my “artistic contribution”.

Do you spend a lot of time in London?

Two weeks per year for the festival and sometimes I come in between. 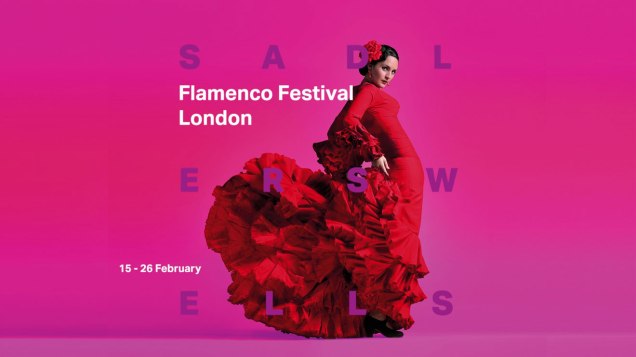