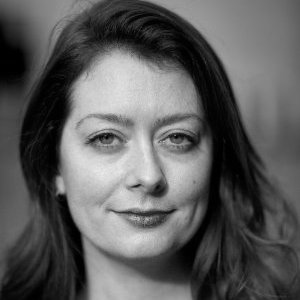 Louise O’Kelly is the founder of Block Universe, London’s first impressive performance art festival that takes place across major institutions and unique off-site spaces throughout the city. The festival generally takes place at the end of May / beginning of June and the performances presented on this platform span the full spectrum of media including visual arts, music and dance.

Art is Alive catches up with the curator at the early stage of the next edition.

How did the idea of Block Universe come about?
The idea came about initially as a result of some of the research and writing I was doing during my postgraduate studies, looking at performance theory in the visual arts and how this related to dance in terms of archiving and sustainability. Beyond this initial concept which related to the theme of the festival, as someone who is passionate about performance, I was conscious that although performance had increased in popularity the last number of years, it was still primarily being programmed for the openings of exhibitions in galleries and institutions as an ‘add-on’ to the main show. I could see that artists were under-resourced and deserved better support structures. As a result I came up with the concept of having a week-long festival focused entirely on performance, that commissioned new work and offered a high visibility platform to raise the profile of artists working in this medium.

How do you select the artists?
Each year I come up with a concept that forms an over-arching theme as a means of linking the performances conceptually. This helps to define the parameters of the types of pre-existing work I am looking at, or helps to identify artists whose practice focuses on topics related to that year’s theme. As the festival takes place in London, the programme is predominantly composed of UK-based artists, but I always invite a number of artists from abroad who are less familiar to audiences here to share their work so that London becomes a part of the broader conversation around what is happening internationally. They can be at any stage in their career, from emerging to more established, but the quality of the work is always paramount.

Who were your main highlights in the last two years?
Impossible to say! There have been so many. For me the numerous highlights range from commissioning new work from emerging artists in incredible locations such as historic halls, railway arches and office buildings through to all of the amazing artists we have been able to bring to London. Highlights this past year include Alexis Blake’s new commission in partnership with Delfina Foundation for an unprecedented performance in the Parthenon Galleries at the British Museum,  Mårten Spångberg’s 4-hour work shown at the ICA and I’m proud of being able to bring Trajal Harrell to London for his first solo performance in the city.

Are you already starting next year?
Yes, even before we have recovered from the last edition we need to start thinking about the next one! It’s the only way we can actively grow and maintain the momentum we build year on year.

How do you select the venues?
We partner with a number of institutions and off-site spaces, this year including the British Museum, David Roberts Art Foundation, ICA, Royal Academy of Arts, Sadlers Wells, and Somerset House. For institutional partners we need to fit with their programme, whilst the off-site spaces we choose based on their relationship with the artists work. Sometimes we are suggesting a venue, other times we are looking for what the artist needs either practically or conceptually. I think the fact that we actively programme performance in a variety of contexts, from white cubes to black boxes and a whole variety of unconventional spaces in between is a very unique feature of the festival and I think allows the backdrop of the performance to become an integral aspect of the work.

What are you excited about for Block Universe 3?
We’re still at early stages of planning but I am full of exciting ideas of how I envision it happening, some of the new commissions we are discussing and discovering the ways in which it might grow.

Are you considering organising it in another city in the world in the future?
We’ve always been excited about the possibility of international partnerships and are always exploring options for the artists we work with to be able to show elsewhere and gain recognition and exposure. However, at the moment we have no plans to attempt re-creating the festival in another city.

How does Block Universe compare to other performing arts events in the world including Performa?
I think each festival is unique in its own way, with varying agendas and visions for the type of work they are sharing. I greatly admire the work Performa has done not only in New York but internationally in terms of raising the profile of performance, but they differ in that they are a biennial and therefore a much larger operation spanning several weeks.

Block Universe operates as a week-long annual festival across multiple sites under a single curatorial vision. We’re very much rooted in London with an international outlook. By that I mean that we are dedicated to nurturing the performance scene here by creating opportunities for artists and opening up a dialogue about how performance is supported and presented in the city, whilst aiming to position London within the wider conversation surrounding performance internationally.