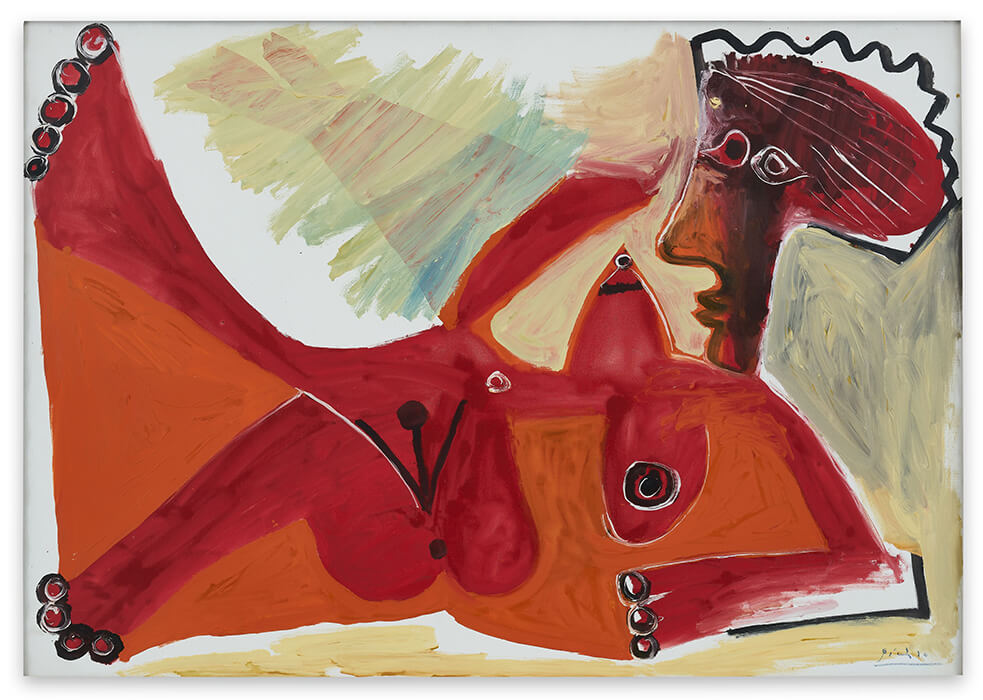 The exhibition brings together Alberto Giacometti and Pablo Picasso through a selection of works from their late oeuvres, ‘Facing Infinity’ exploring the artists’ relationship between figure and space. If visitors thought that no more connections could be made between the two cultural figures, think again. The show reveals new visual affinities through Dr. Dieter Buchhart’s sharp curation of paintings and drawings.

This is the second collaboration between Hauser & Wirth and internationally renowned curator and expert of modern and contemporary art Dr. Dieter Buchhart, who curated the exhibition ‘Schwitters Miró Arp’ at Hauser & Wirth in 2016. He states: ‘‘Facing Infinity. Alberto Giacometti & Pablo Picasso’ brings a focused insight into their dazzling last years, revealing fascinating connections and contrasts.’

When Alberto Giacometti (1901-1966) moved to Paris in 1922 as a 20-year-old, Pablo Picasso (1881-1973) had already become the predominant artistic presence in France. Picasso, cubism’s radical pioneer, quickly turned into a role model for the young Swiss artist Giacometti, who would soon become an integral part of the Parisian art scene himself. After observing Picasso from afar, Giacometti finally met him in person in 1931. A year later, Picasso was amongst the first visitors of Giacometti’s inaugural solo show in Paris. These initial interactions quickly developed into a deep artistic and intellectual friendship. From 1930 to the early 1950s, Picasso and Giacometti saw each other regularly, and in 1940 and 1941 almost daily. The two artists eventually had a falling out in the early 1950s and their intense artistic exchange ended abruptly. Yet, it is precisely in their late oeuvres that multi-layered connections between the two artists emerge.