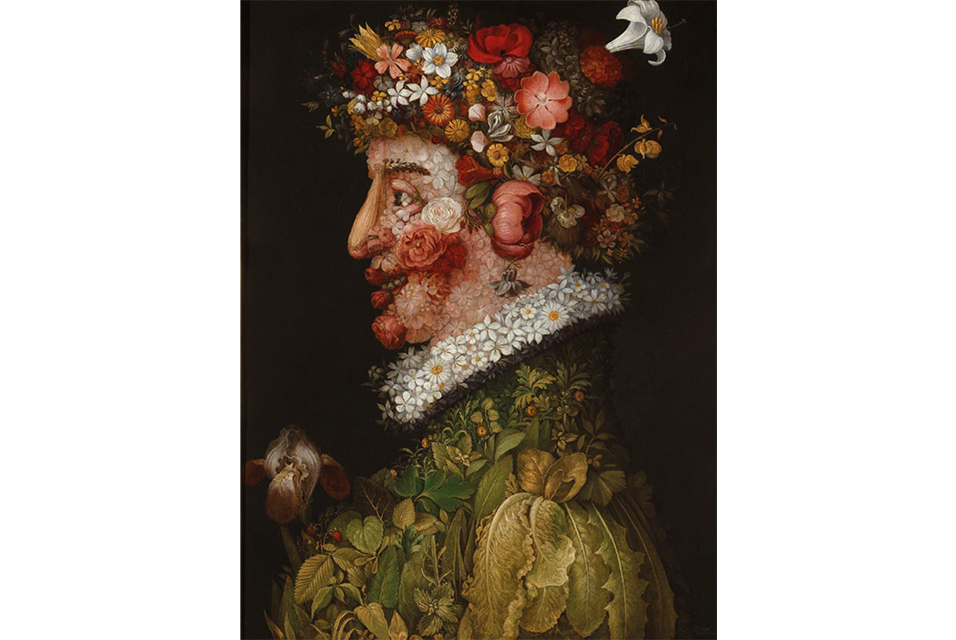 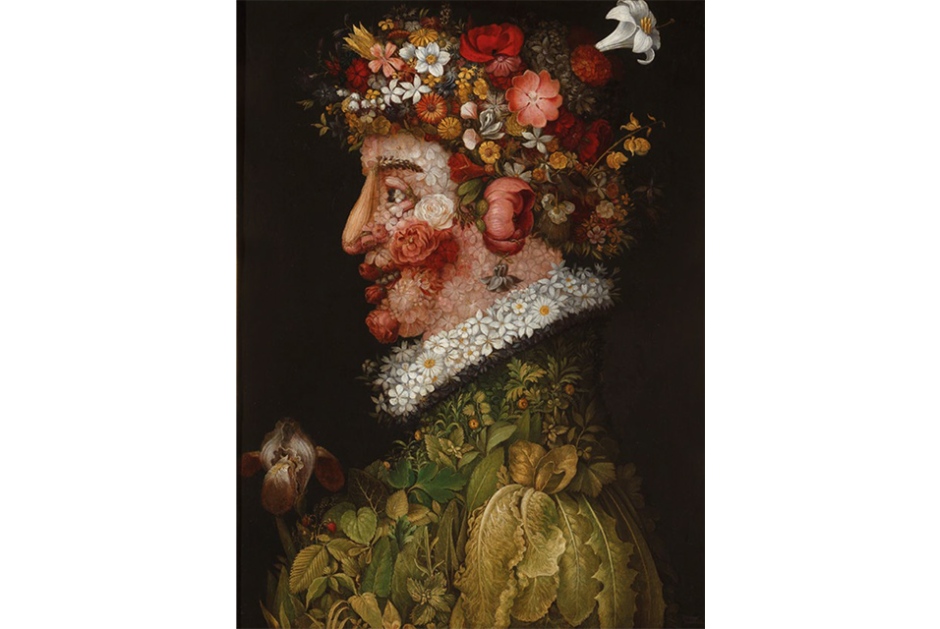 The Bilbao Fine Arts Museum presents Arcimboldo: The Floras and Spring, an exceptional exhibition celebrating the Milanese artist (1526-1593) who worked for the Habsburg family. The show runs until 5 February 2018 and brings together fourteen works which include the oils on panel Flora (1589) and Flora meretrix (c. 1590), loaned from a private collection and first published in 2014 by Miguel Falomir, director of the Museo del Prado, Spring (1563), loaned by Museum of the Royal Academy of Fine Arts of San Fernando (Madrid), as well as two contemporary copies of Autumn and Winter from the collection of the Duchess of Cardona (Córdoba, Spain), which together reveal the level of achievement of the original floral and fruit-made heads which mark Arcimboldo’s reputation as an artist.

Spring was part of a series on the Seasons produced as a homage to the power of the imperial dynasty and solemnly presented to the emperor Maximilian II in 1563 together with an associated series on the Elements. Displayed alongside these works are portraits of the artist’s principal patrons, The Emperor Maximilian II (1550) by Anthonis Mor, loaned by the Museo del Prado, and Rudolph II, Emperor of Austria (1552-1612) (1567) and The Archduke Ernest of Austria (1553-1595) (1568) by Alonso Sánchez Coello, both from the Royal Collection Trust in London.

Five works on floral themes from the museum’s own collection are also on view: The Virgin and Child with Angels and a Family of Donors by Berthomeu Baró; The Holy Family by Jan Gossaert, known as “Mabuse”; Vase of Tulips by Andries Daniels and Frans Francken the Younger; Basket of Flowers by Juan de Arellano; and Garland of Flowers by Abraham Mignon.