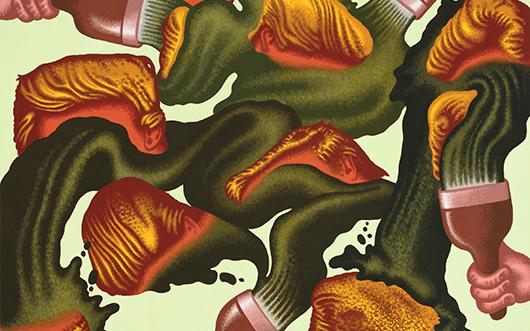 The incredible career of American pop artist Peter Saul will be honoured in his first retrospective in France since 1999 at Les Abattoirs, Toulouse, one of the strongest art museums in France.

Paving the way to neo-Surrealism, Saul depicts American pop culture and political history on heavily-expressive and exaggerated shapes and images reminiscent in style of work by Roberto Matta, and Salvador Dalí. Amongst his most famous series is the “Vietnam” paintings (1960s), which were anti-Vietnam War.

Running from 20th September until 26th January 2020, ‘Peter Saul: Pop, Funk, Bad Painting and More’ will bring together a selection of works of unprecedented scope, some of which will be shown for the first time. This exhibition will present more than 90 works including paintings and graphic arts, as well as a collection of archives, from the late 1950s to the present day.