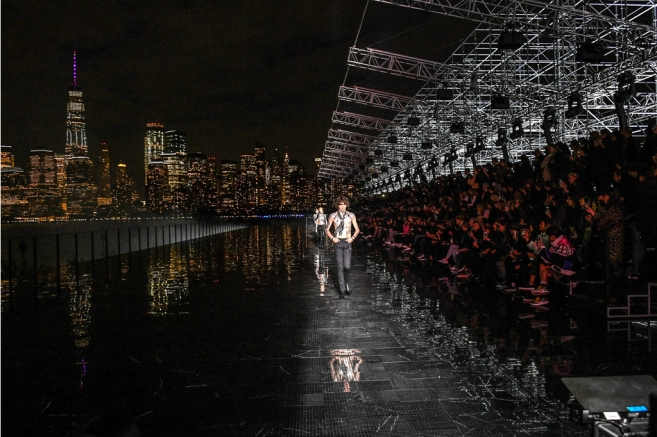 Vaccarello said he wanted to represent “the idea of New York, the idea of the icons of New York in the ’70s. It’s different interpretation of evening couture, for men, without having volume” – said Vaccarello. Nothing pioneering or inventive but still a spectacular show with black and white meets glitter silhouettes walking fast in front of an audience composed of celebs including Kate Moss and Charlotte Gainsbourg. 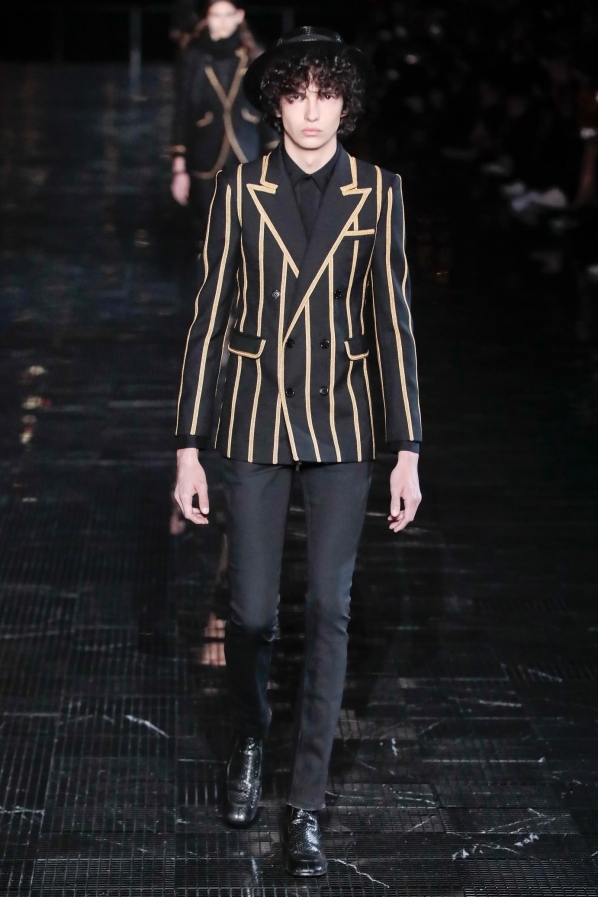 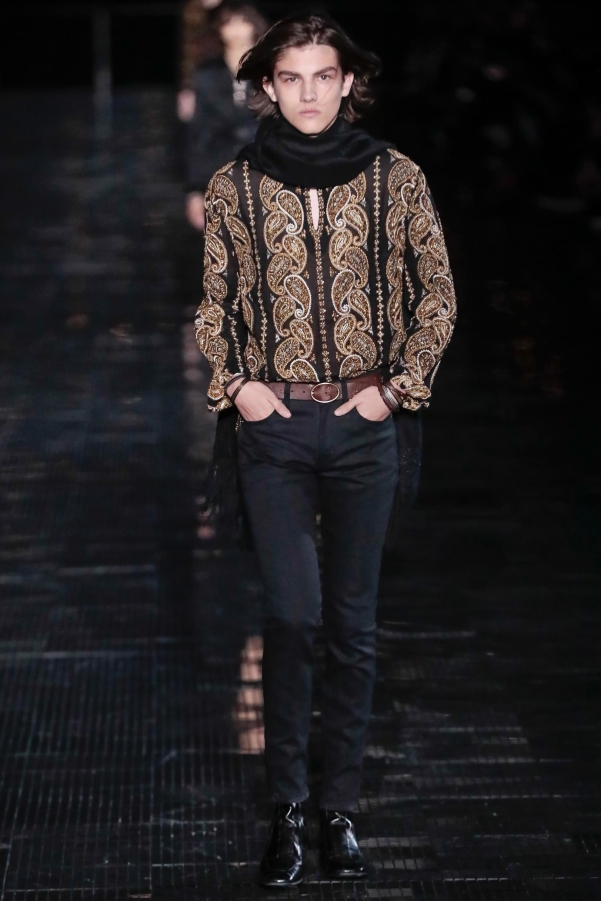 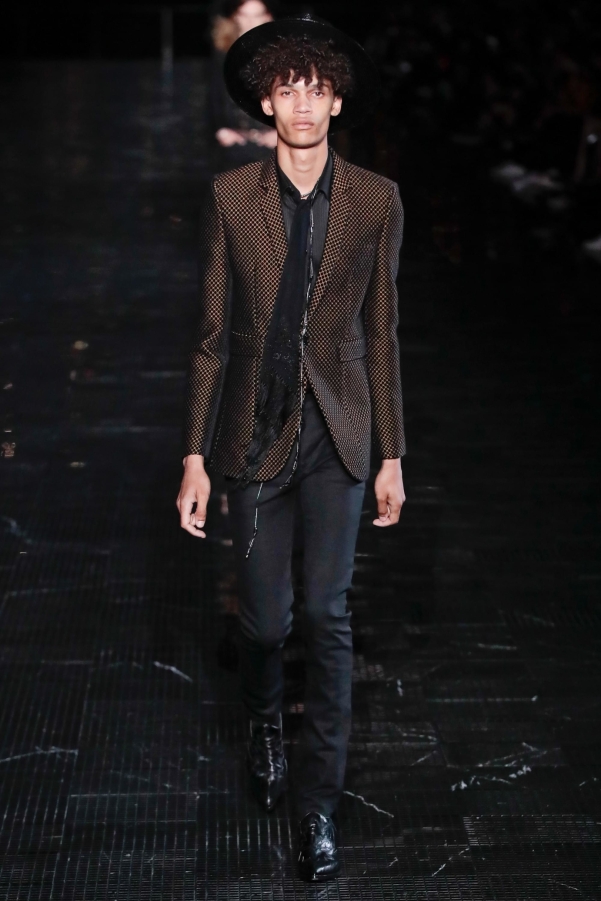 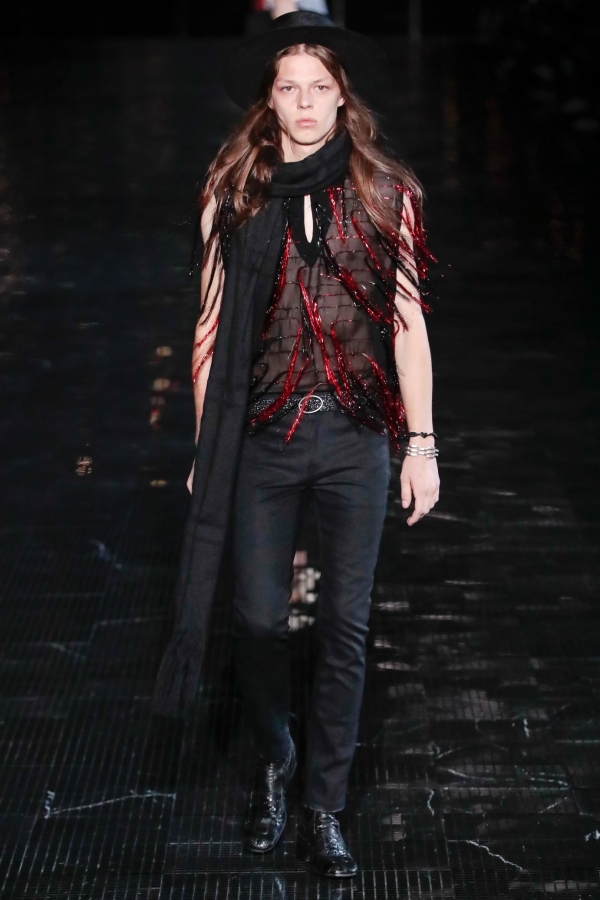 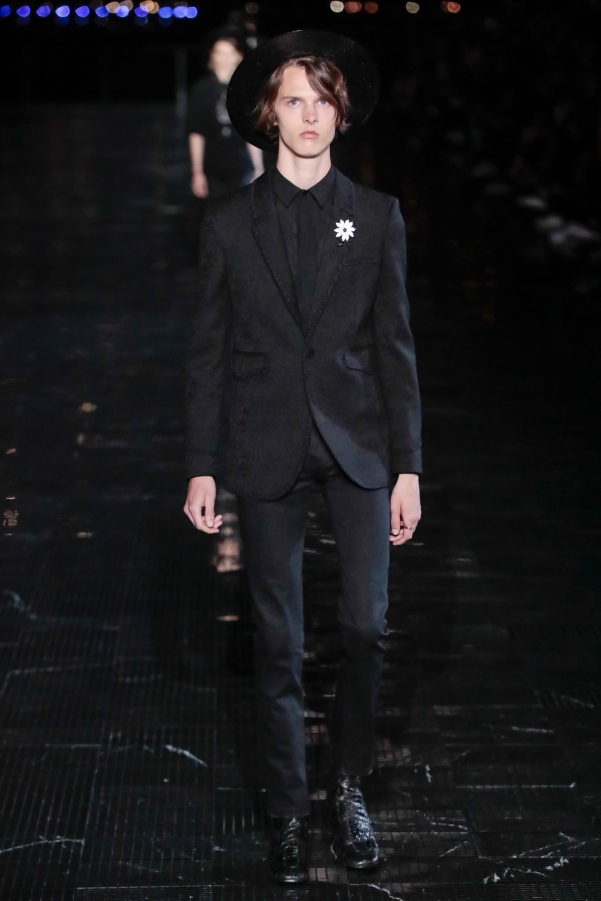 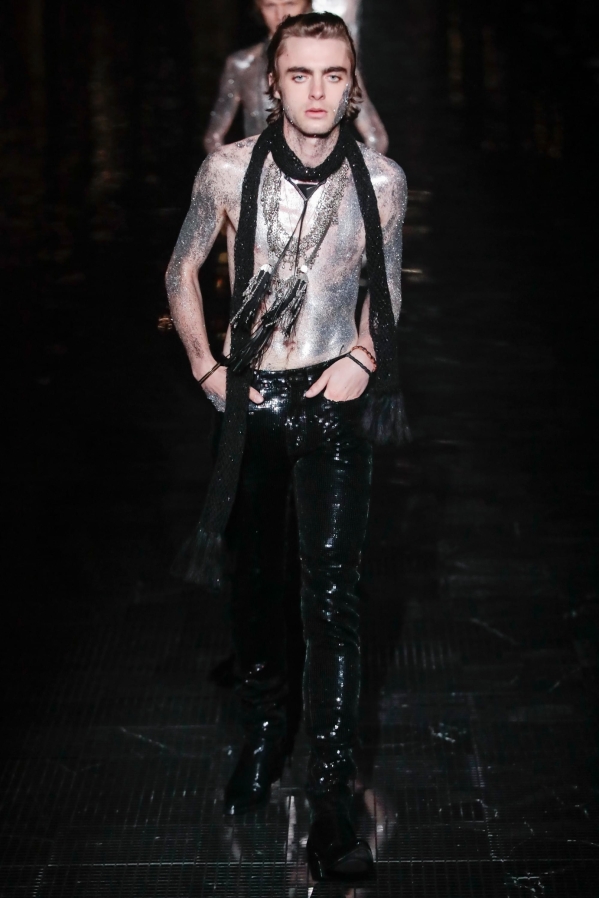