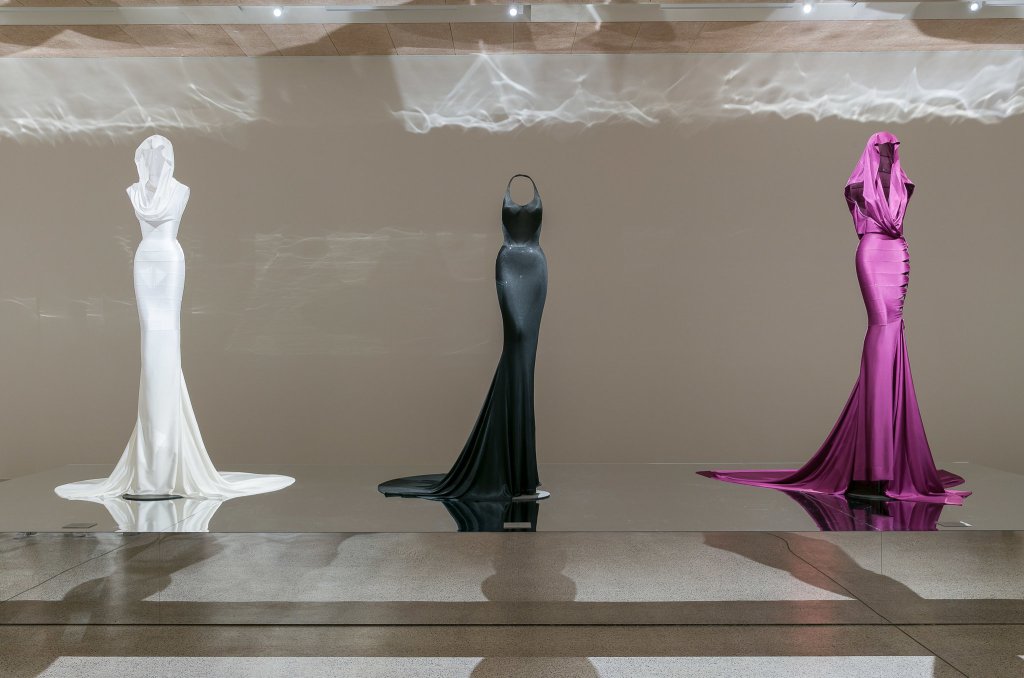 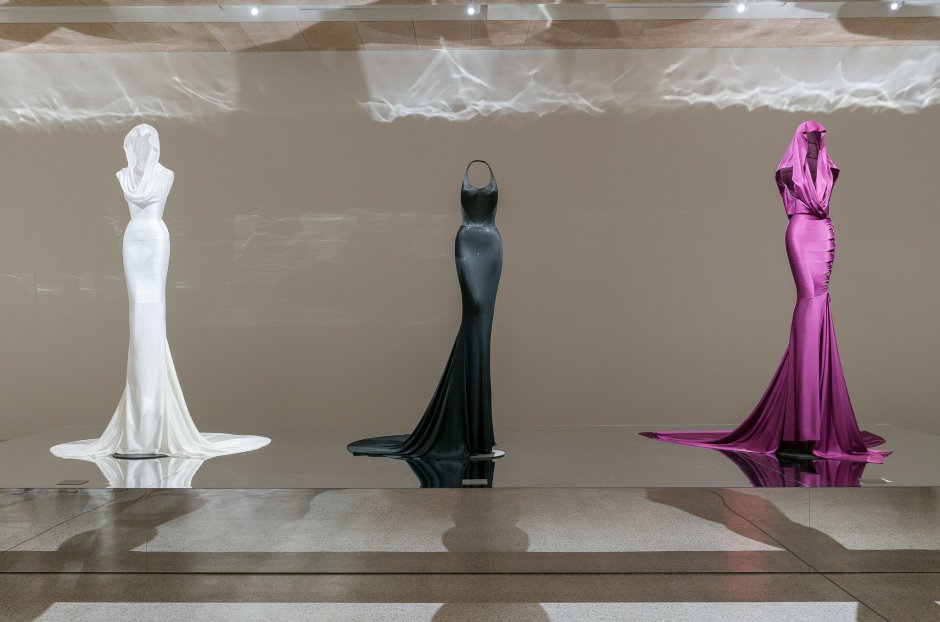 Azzedine Alaïa’s life and oeuvre are celebrated at the DesignMuseum in London with an exhibition running until 7th October.

The exhibition, co-curated by the designer before his death last year, brings together 60 gowns, archival materials, films, visuals orchestrated around a dramatic set designed by  Alaïa’s friends including Marc Newson and Kris Ruhs.

‘A BIG master! Combining brilliantly the technique, the sewing know-how, the tradition and the modernity!’ Jean-Paul Gaultier said about Alaïa, the son of a Tunisian farmer who started with local seamstress to fund his studies in Paris. He later worked under the guidance of Yves Saint Laurent at Christian Dior. His death in November 2017 shocked the fashion and art worlds. Julian Schnabel wrote an obituary for The Observer.

Tracing the work of the iconic designer from the 1980s to 2017, the exhibition showcases some of the designer’s most legendary dresses and muses, from Grace Jones, Naomi Campbell, to Tina Turner and Rossy de Palma.

Mark Wilson, curator of the Groninger Museum in the Netherlands and a close friend of Alaïa supported the curation and logistics of this exhibition said: “He was really a sculptor, he worked on the body. It’s all about the cut, it all about how a garment will fit on a woman’s body.” 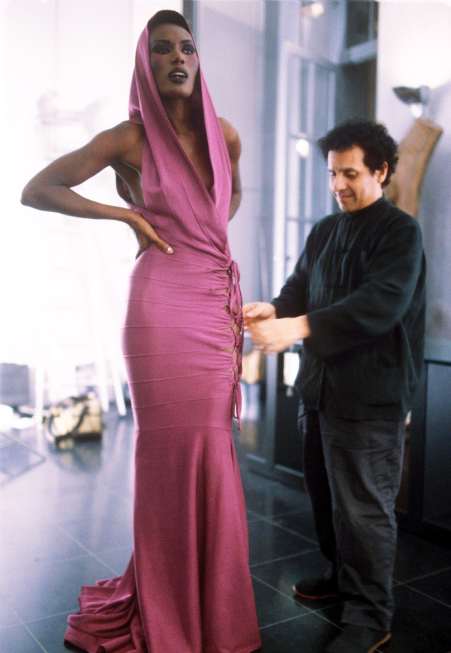