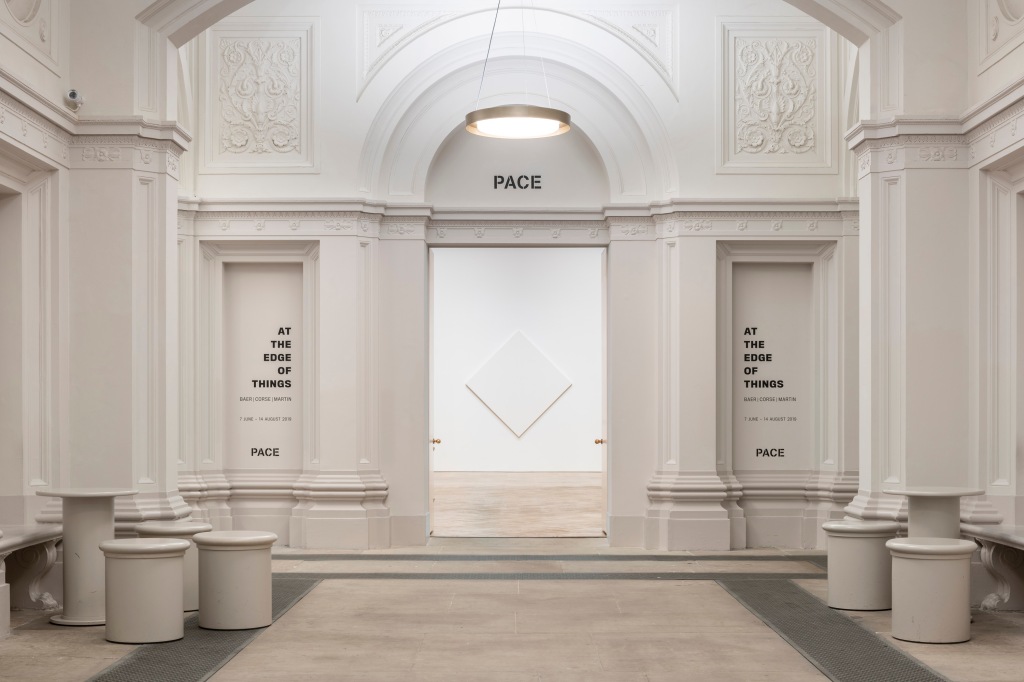 At the Edge of Things, staged at Pace, 6 Burlington Gardens in London until 14th August, explores the phenomenological possibilities of abstraction in the work of three artists over the past sixty years. Focused on the artists’ deep engagement with notions of dimensional space and perception, the exhibition offers a new perspective on the tropes of hard-edge painting. The works of Jo Baer, Mary Corse and Agnes Martin combine form, line, and colour in surfaces with flat boundaries, each examining the idea of negative space as a repudiation of representation and subject, in favour of a purity of form. At the Edge of Things establishes an implicit conversation between these artists and their engagement with Minimalism, radicality, and the metaphysical in painting.

For Martin, the notion of the edge as a formal tool is most clearly manifested in her use of the grid and compositions of wide bands of pale colour. These pictorial devices offered a way for Martin to extract subjectivity, allowing her to paint with her “back to the world”. Her works further eliminate the possibility of representation interfering with the purity of the picture plane. With austere pencil lines and grids superimposed on subdued fields of wash and colour, Martin’s Untitled #7 (1984) and Untitled #2 (1991) establish a spatial language that she would refine and reinterpret over ensuing decades. In contrast to the work of hard-edged painters like Frank Stella and Josef Albers, the edges Martin created with lines of graphite and bands of colour were often subtly blurred, exaggerating the visual sensitivity required to navigate her surfaces, allowing each painting to “come-into-being” through the perception of the viewer.

Over the past five decades, Corse’s practice has investigated perception, properties of light and ideas of abstraction—all through an innovative approach to the medium of painting, in which light serves as both the subject and object of art. The works on view in this exhibition span from the early stage of Corse’s career in the 1960s — Untitled (White Diamond, Positive Stripe) (1965) — through to two new paintings premiering in this show — Untitled (White Multiband, Beveled) (2019) and Untitled (White Inner Band, Beveled) (2019). In 1968, Corse discovered glass microspheres, an industrial material used in street signs and dividing lines on highways.

Combining these tiny refractive beads with acrylic paint, she creates paintings that appear to radiate light from within and produce shifts in appearance contingent on their surroundings and the viewer’s position. Corse’s geometric vocabulary explores compositional and perceptual possibilities in the space between each tonal field, amplifying the phenomenological capacity of painting. Throughout her work, Corse emphasizes the abstract nature of human perception, expanding beyond the visual to include subtleties of feeling and awareness.

The exhibition also includes several paintings by Jo Baer made during the 1960s — the early phase of the artist’s career, during which her minimal abstract paintings utilized the edges of planar forms, line, and colour to explore the nature of perception. In her work Untitled (White Square Lavender) (1964–74), the predominately white, square canvas is surrounded by a black border outlined by a thin line of pale lavender, a style of painting she explored until the 1970s. Prompted by the artist’s fascination with the physiological experience of painting, Baer’s early abstract canvases emphasize the spectator’s act of looking, while highlighting the illusory potential of a seemingly blank, or flat, space.

Curator Anthony Huberman, who has contributed a new text for this show, has previously written: “The eye always looks for boundaries, edges, and contours, a phenomenon Baer tests in an intuitive process of trial and error […] Baer knows that a painting involves more than the sum of its parts, so she carries an image to its edge — the place where the eye is compelled to take over — and pushes it to transcend its own silence, spill over, and go elsewhere.” 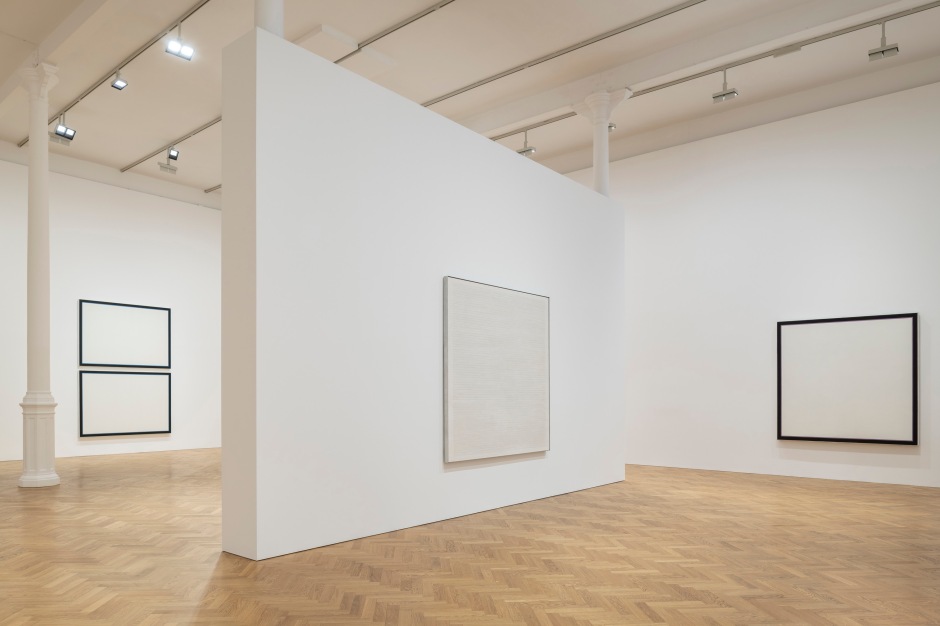 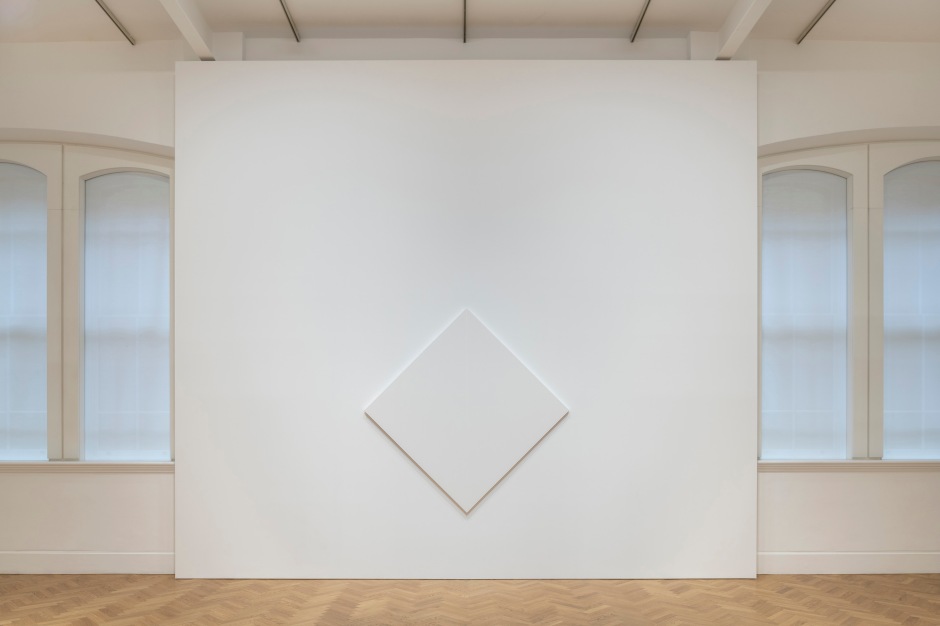