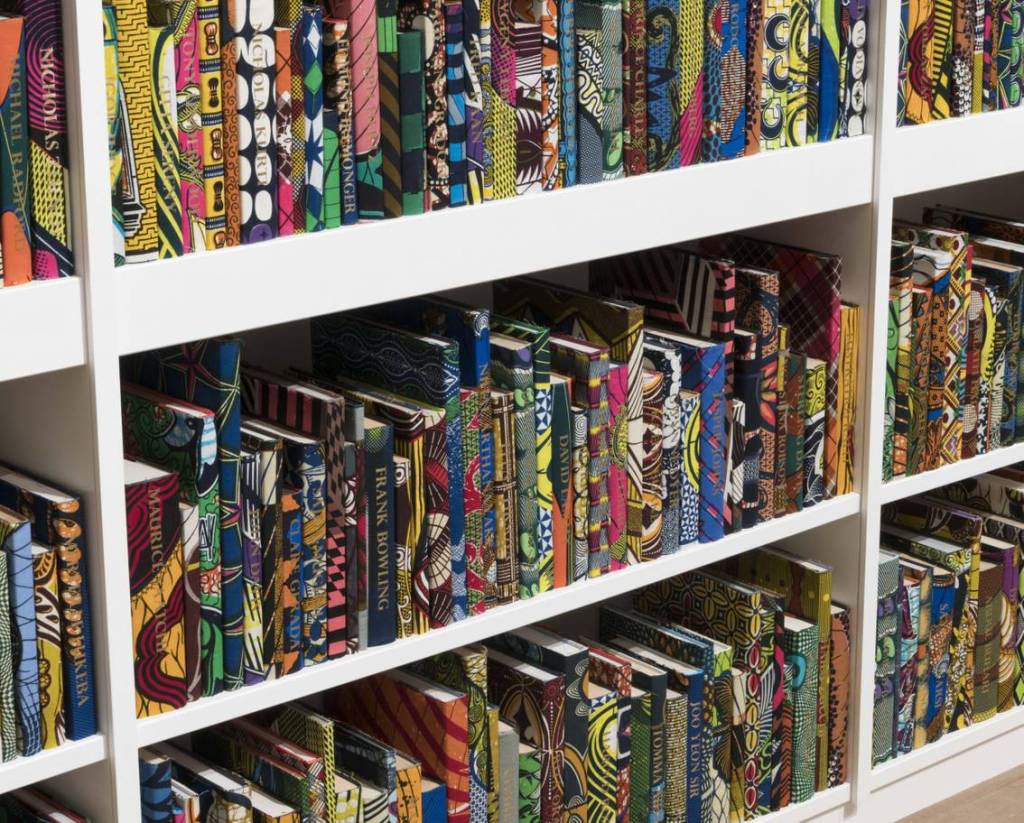 Yinka Shonibare’s installation titled The British Library enters Tate’s collection. The artwork is now open in the Artist and Society display on Level 2 of the Natalie Bell Building, at Tate Modern.

Commissioned by HOUSE 2014, the Brighton Festival and shown in the Old Reference Library at Brighton Museum and Art Gallery, the installation celebrates the diversity of the British population and features 6,328 books bound in ‘Dutch wax print’, a fabric characteristically used by the artist in his work.

Printed in gold leaf on the spines of 2,700 of the books, are the names of first or second generation immigrants to Britain, both celebrated and lesser-known, who have made significant contributions to British culture and history. Among names such as Hans Holbein, Zadie Smith, Dame Helen Mirren and Sid James are also the names of those who have opposed immigration. Other books are unmarked, suggesting that the story of immigration in Britain is still being written.

‘The acquisition of The British Library is a continuation of Tate’s support for multidimensional practices which tackle some of the most pressing issues of our time. The British Library is an exploration of the diversity of British identity through a conceptually poetic lens. I look forward to the public engagement with the work.’ Yinka Shonibare CBE said.