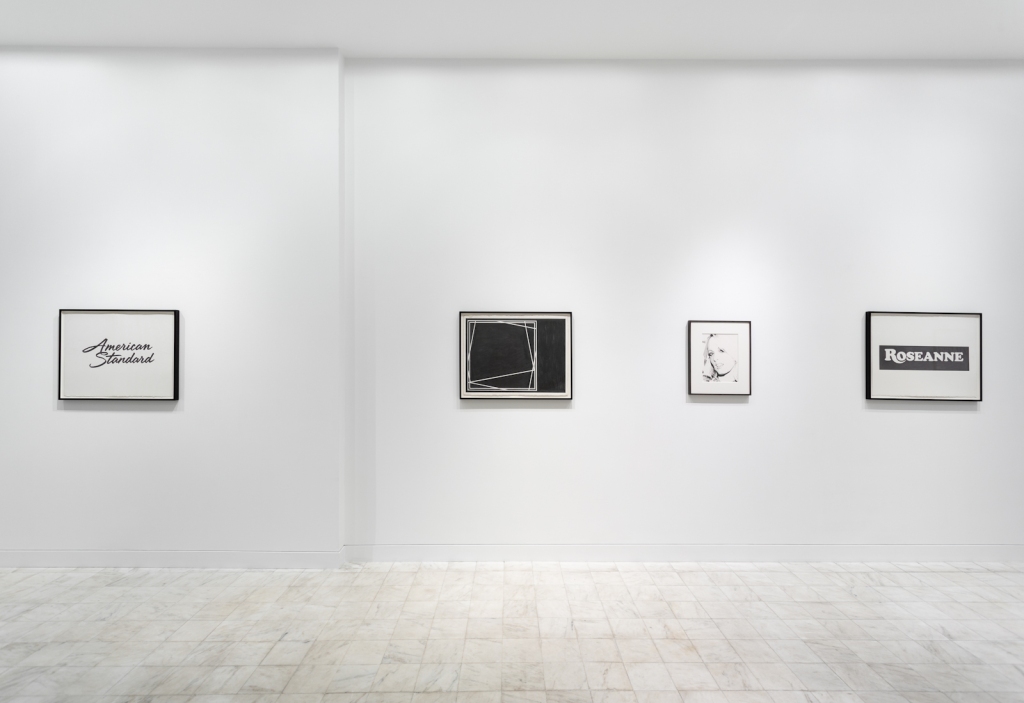 Gladstone64 showcases new works by Banks Violette. This is Violette’s first solo exhibition in New York in nearly a decade. The show, which features a new sculpture and a series of works on paper, explores themes of public and private affairs merging, American politics and cultural amnesia.

The works continue an examination of the residues left by social rupture when venerated canonical imagery is sacrificed for the sake of the new. Re appropriating images that reference the facility with which we reassign meaning, Violette channels the overwhelming desire for the loss of the real and the continual production of myth.

Highlights include a drawing which features the logo from Roseanne and a sympathetic portrait of Stormy Daniels. These examine the morphing distance between the person and the persona. Seeing the subsequent devastation of authenticity as a metaphor for art’s impulse to replicate existing figures and forms, Violette addresses the losses inherent in all instances of facsimile.

Further evincing the artist’s handling of “the copy” is a sculptural recreation of Peter Saville’s cover for New Order’s 1983 album, Power Corruption and Lies, itself a repurposing of Henri Fantin-Latour’s 1890 painting, Roses in a Basket. An appropriation of an appropriation, Violette’s iteration is composed of a basket cast via the lost-wax method and a living replica of the floral arrangement depicted in the still life.