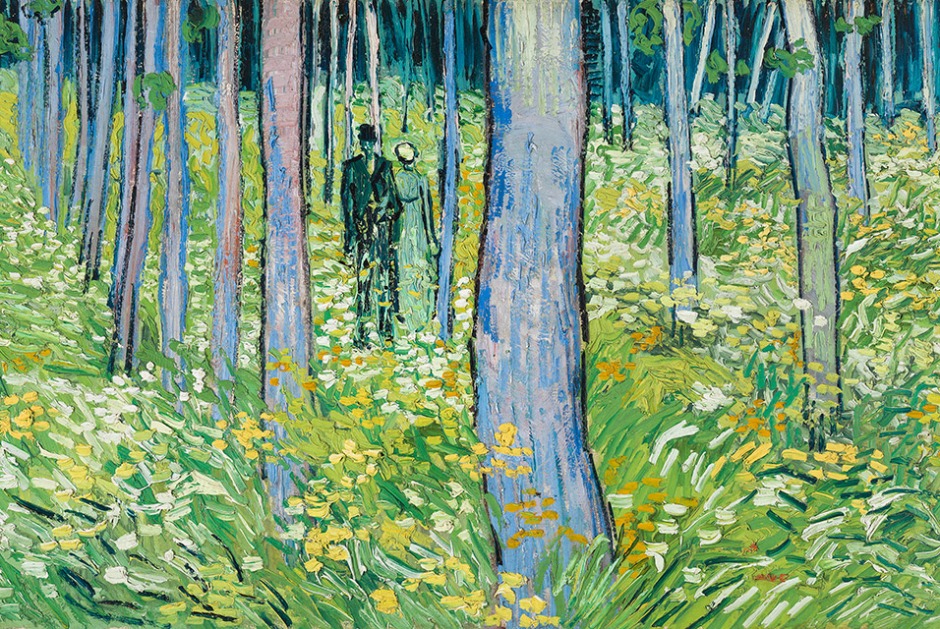 Undergrowth with Two Figures, an iconic painting by Vincent van Gogh will return to the Cincinnati Art Museum in the Mary E. Johnston Gallery at the beginning of July after being included in the Van Gogh & Japan exhibition, staged in Hokkaido, Tokyo and Kyoto, and Amsterdam. Completed in June 1890, Undergrowth with Two Figures is one of the final artworks Van Gogh painted before his death.

Van Gogh described the scene he painted in a letter to his brother Theo, dated June 30, 1890, as “violet trunks of poplars which cross the landscape perpendicularly like columns. The depths of the undergrowth are blue, and under the big trunks the flowery meadow, white, pink, yellow, green, long russet grasses and flowers.” As he explained to Theo, “Instead of trying to reproduce exactly what I have before my eyes, I use color more arbitrarily so as to express myself more forcibly.”