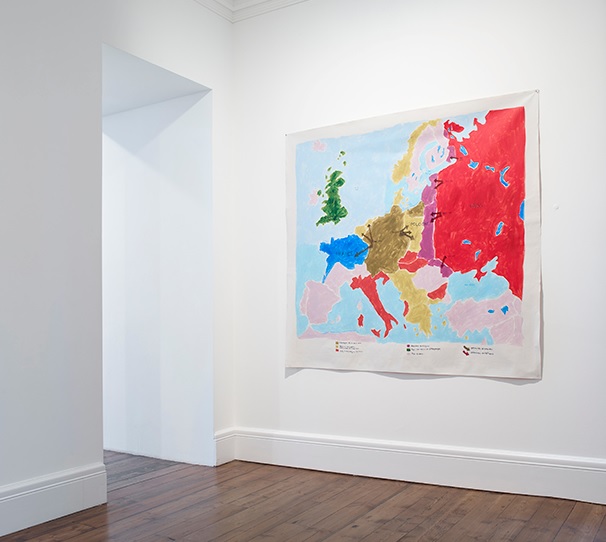 Paintings of fighter planes and studies of military horses are treated with a lightness of colour and ease of brushstroke that often transforms subject matters into lighter décor. An early series of maps is shown alongside a new, much larger series that at first glance resemble abstract paintings. Kilimnik’s works are often saturated with these double meanings – innocence and cynicism, fantasy and reality, the everyday and infamy.