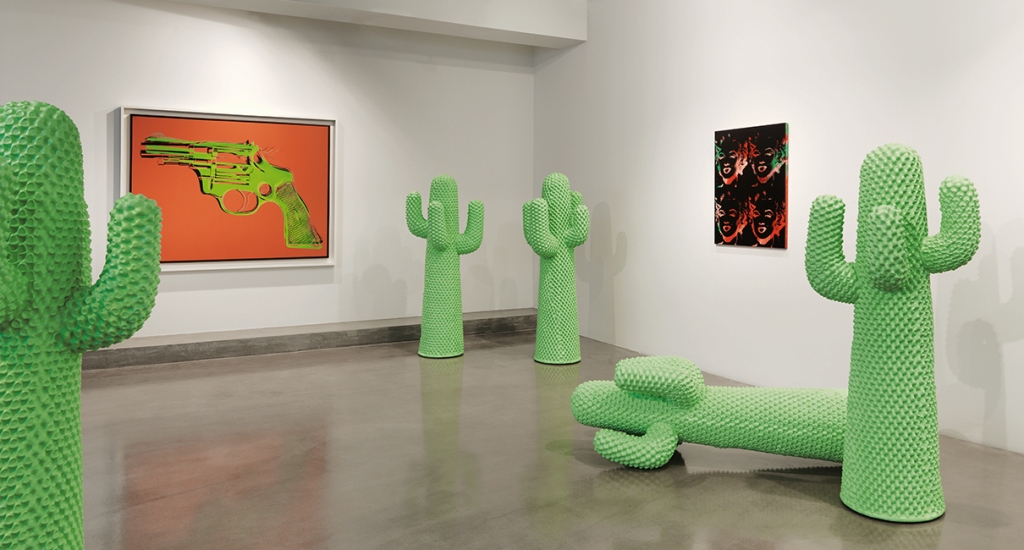 Marilyn, Flowers, Lips, Gun, Mirror, Cactus, an exhibition presented at the excellent Ordovas gallery on Savile Row in London, approaches Pop Art from an immersive point of view. The exhibition runs until 16 December 2017 and looks at one of the most celebrated art movement through a careful selection of singular works by Andy Warhol, Roy Lichtenstein, and Tom Wesselmann, contextualised by the incredible ‘forest’ of limited-editio Gufram’s Cactus®, specially commissioned for the exhibition.

In Marilyn (Reversal Series), executed between 1979-1986 and after Marilyn Monroe’s death in August 1962, Andy Warhol achieves a ghostly dematerialisation of his favourite subject by flipping the intensity of the original portrait of the star to reflect on his own achievement and the shocking death of an icon. The negative of the image is reversed to highlight the passing of time and the marking moment of Marilyn Monroe’s death.  By the mid 1960s, colour began to play an a key role in Warhol’s work. He deliberately chose cosmetic hues of vivid colours to reflect conceptual ideas.

Mass consumption, symbols of Northern American Culture, and death dominate Warhol’s oeuvre. Orange Gun, displayed for the first time in the UK since it was executed in 1982, also continues Warhol’s interest in the death of legendary figures. The work is inspired by John Lennon’s fatal shooting in 1980 as well as the assassination attempt made on President Ronald Reagan in 1981. Warhol, himself was shot in his Manhattan studio in 1968 by Valerie Solanas, a trauma that continued to inspire the last two decades of the artist’s life.

In Smoker #22 by Tom Wesselmann also on view in the exhibition and executed in 1975, smoke wafts around sultry pink lips and manicured red fingernails, an image that evokes the glamour and style of Silver Screen Hollywood (and Warhol’s Marilyn) and creates a visual innuendo to rival those of his celebrated Great American Nude series. Sexuality, freedom and femininity are some of the most important themes of Wesselmann’s Pop Art career. 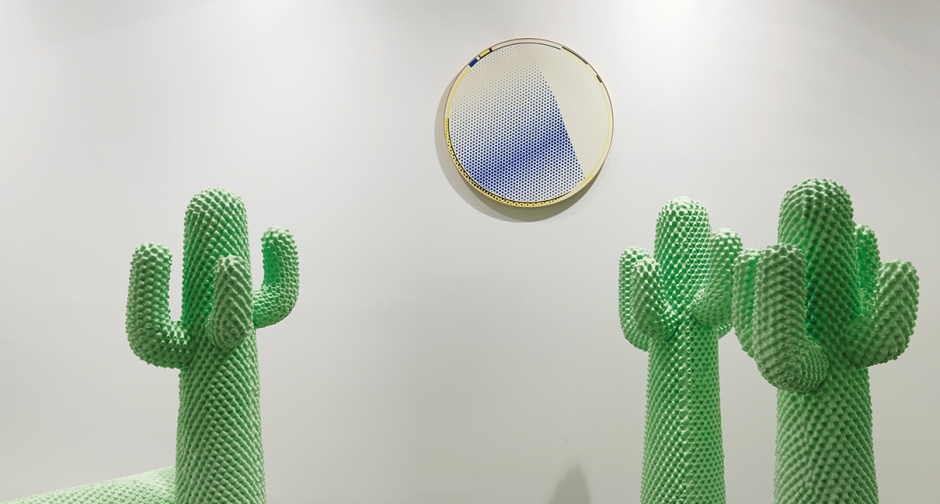 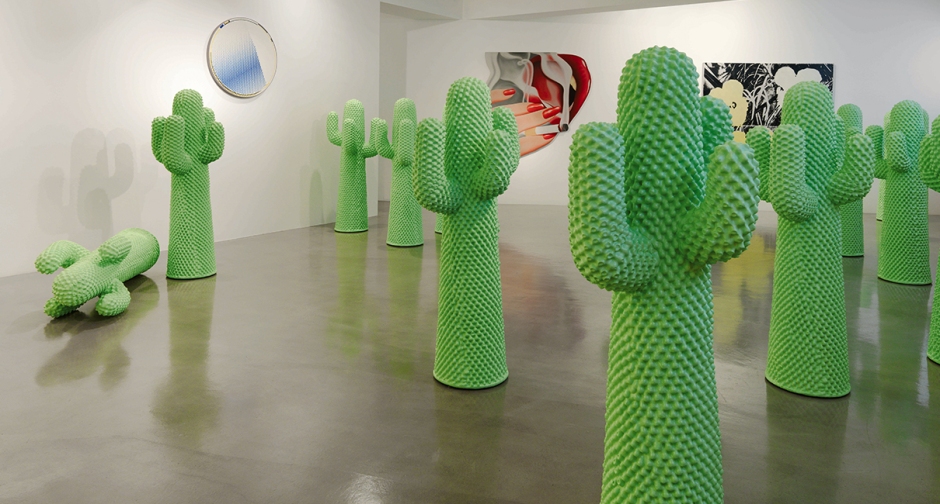 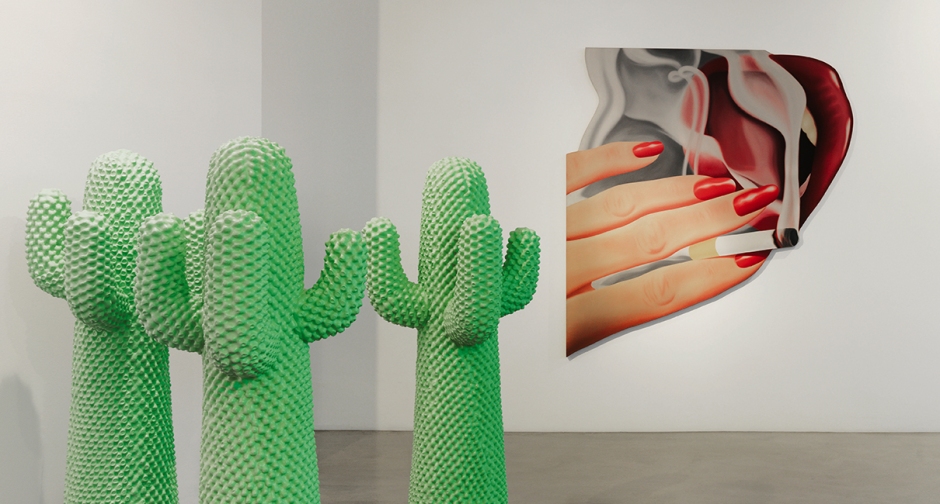